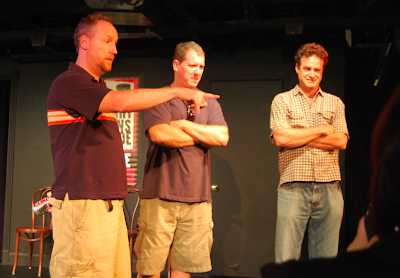 The Del Close Marathon started yesterday. After hours in line at UCBT, I got my bracelet and was off to the races...starting with the Marathon Press Conference with founders Matt Walsh, Ian Roberts and Matt Besser. 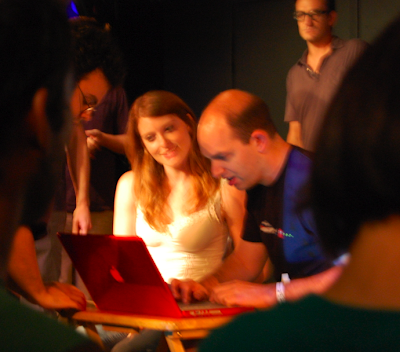 Sorry for blurriness...but with no flash and bad lighting (and second row seats), it was hard to get clear shots framed without a big bulging hairdo. 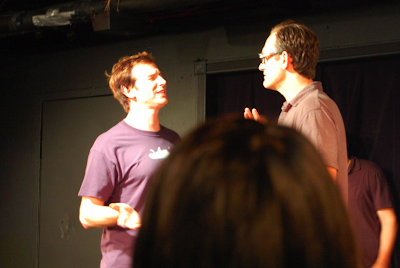 Then it was off to FIT for 30 Rock Improv. (McBrayer, Lutz, Adsit, Galloway, Scheer, Sagher..sorry not sure of others - but they were all amazing and super funny.) I was in the front row. Nice. 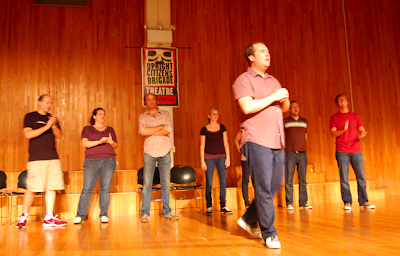 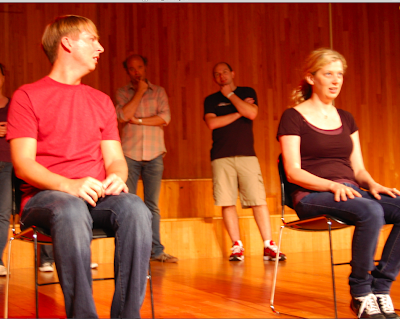 Then a bit later at FIT, Respecto Mantelban started up with cast in audience screaming to Chad Carter about babies being born in a van, medical insurance and the end of the world. It was awesome. Then came Owen Burke, Rob Huebel, Seth Morris, Jack McBrayer and Paul Scheer to the stage. Front and center seats this time. (Tried to keep my noisy camera quiet and clicked during the laughs. Sorry if I bugged the Respecto guys.) 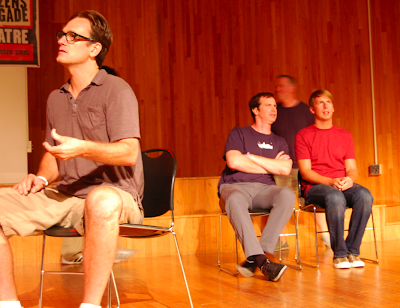 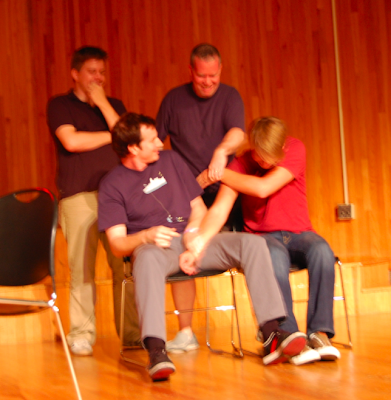 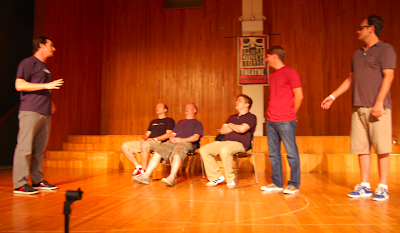 It's 2:16pm on Saturday and I think my iPhone is done recharging. Gotta get back on that hot, sun drenched line! More to come.

Just came back from an afternoon of improv from around the country and...Finland? It led up to UCB-LA featuring founders Walsh, Roberts and Besser. They are the Beatles of this place. When they get on stage, the place rocks and rolls. We could have held up our beaming techie devices and demanded an encore, but the theater needed to be cleaned. (When I originally saw the schedule for the weekend, I thought the slot "Theater Cleaning" was a show. Don't judge me.) 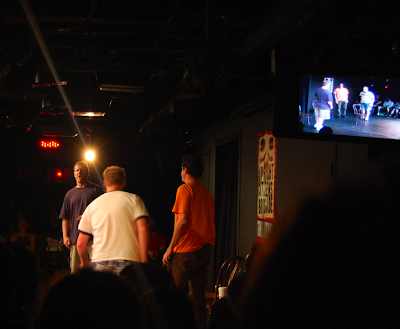 Next...Scheer-McBrayer at FIT tonight! (It's going to be hard missing the Seth and Ed Puppet Show and Doug Benson - but I won't make it.)

Gonna get in line early tomorrow afternoon for Scheer/McBrayer again, Lets Have a Ball, Delta Force 2 and Baby Loves Candy before Assscat 3000. I'm exhausted. But I love this.
Posted by TVBlogster at 10:40 AM