Christmas Comedy for Laughs and Charity: In L.A.

The Christmas season begins as soon as you scrape off the leftovers from your Thanksgiving dinner plate; however, it's never 'Tis the Season in Los Angeles until the holiday comedy Christmas shows hit the theaters of Hollywood. My dance card will be full this week attending some of these events. If you're in the Los Angeles area, and love live comedy and the humans who create it, check these out. They are all hilariously fun, and they are all for charity: 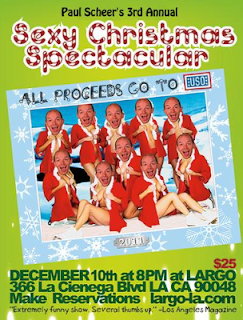 Paul Scheer's (Human Giant, The League) 3rd Annual Sexy Christmas Spectacular is happening this Saturday, December 11th, 8:30pm at Largo in West Hollywood. In the tradition of the old boozy Hollywood television variety show, Paul transforms into J. Montgomery Scott, a Hollywood television legend whose mugful of Christmas cheer and total lack of self awareness makes this mock television holiday show feel like the outtakes of an old Andy Williams Christmas special, if those outtakes were dysfunctional and inappropriate. Come for Ed Helms, Melissa Rauch and Casey Wilson as they make their way up J. Montgomery's snowy driveway. Stay for the tales of J. Montgomery's dead wife. Leave with Rob Huebel's bottle of baby oil and tales of his drunken regrets.

All proceeds to go the USO.Tickets are available here: http://largo.laughstub.com/show.cfm?id=120685 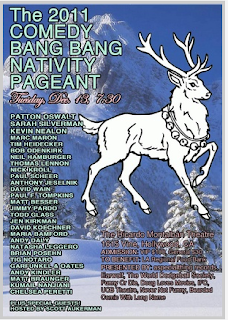 If you're a listener of the Comedy Bang Bang podcast over at Earwolf.com, or attend the weekly Tuesday show at the Upright Citizens Brigade in Los Angeles, you've most likely waited all year for the Comedy Bang Bang Nativity Pageant to come down your chimney. Formerly known as Comedy Death Ray, this event usually sold out within minutes in past years, mostly due to it being held at UCB, a venue that seats about 100 people. This year it will be held at the more roomy Montelban Theater in Hollywood on Tuesday, December 13th at 7pm, and boasts a dream line up of comedians like Sarah Silverman, Kevin Nealon, Bob Odenkirk, Patton Oswalt and Paul F. Tompkins to name a few. And I mean it. This jam packed marathon of sketch and stand up blissfully goes on all night. You will be wringing the sweat of a dozen or two comedians from your clothes for weeks. (Reminder: Change your clothes.)

All proceeds to to the L.A. Food Bank. Tickets are available here! http://www.ticketfly.com/event/80839 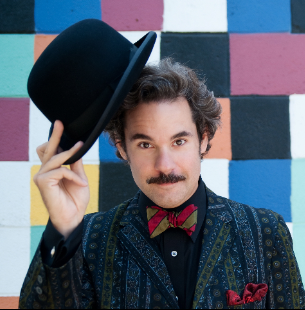 Paul F. Tompkins' monthly show at Largo is legendary. An intimate evening of comedy and music, Paul's followers always make sure they grab a ticket for a fun Saturday night of hilarity as the calendar page turns. But with the holidays come The Paul F. Tompkins' Christmas Show. It's Paul's monthly stage performance jacked up on Christmas steroids. Filled with a line up of surprise guests, the songs are Christmassy, the sketches are twinkly and the egg nog flows at the lobby snack stand. Get a rum buzz and join on Saturday, December 17th at 8:30pm. All proceeds to to Habitat for Humanity.

Tickets are actually sold out, but if you check on the link, some tickets could open up. Also, you can come to the window before the show in case there are cancellations: Go to - http://largo.laughstub.com/show.cfm?id=95668&cart
Posted by TVBlogster at 11:56 AM