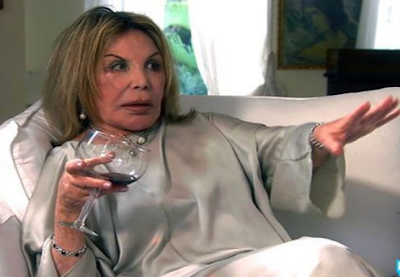 The Real Housewives of Miami ended it's short six episode run last night, never to return. Thank God. However, one amazing jewel that sparkled through the sand and beach trash was Elsa Patton, the mother to Marisol, one of the key housewives in the series. She's clairvoyant, cutting, hilarious, boozy, brutally honest and could be mistaken for a face transplant recipient. I love her.

In some odd way, Elsa reminds me of my mother Anita, also Cuban, laid back, and on occasion, humorous in her own way. As someone who spoke English as a second language, she shied away from friendships, but seemed to come alive when she found someone who spoke Spanish - especially Cuban - so she could share common ground.

Although not much of a drinker like Elsa, I envision my mother sipping a rare Whiskey Sour, trading salty barbs with Patton, laughing shamefully at something naughty the matriarch of Cuban drinkery drunkenly slurs out. Looking deep into her soul, Elsa would dig out my mother's first marriage and battles within her second with my dad. If only she could have warned her about her heart problems...

The Real Housewives of Miami wasn't a good series. The ladies were rather boring, the drama painfully and obviously manufactured to fit the mold of the "Housewives" formula. But Elsa was a diamond.


UPDATE: Bravo has dragged this back from the dead! Or maybe it was never really dead, but in a coma?  The Real Housewives of Miami will return.

Posted by TVBlogster at 5:15 PM No comments:

Email ThisBlogThis!Share to TwitterShare to FacebookShare to Pinterest
Labels: The Real Housewives of Miami

Donate to Donor's Choice. All proceeds go to helping students in need. Go to: http://www.donorschoose.org/fallon-colbert-project and give so $26,000 is raised and Stephen can sing Rebecca Black's dumb, yet important "Friday" song.
Posted by TVBlogster at 5:03 PM No comments:

The reunion of Ron and Brick.
Posted by TVBlogster at 2:11 PM No comments: 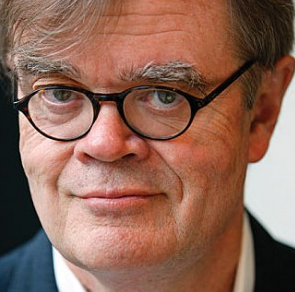 Nothing says 'Happy Thanksgiving' then spending post dinner with your Garrison Keillor fan father settling in to watch a Netflix copy of Altman's A Prairie Home Companion. Me - indifferent. My Dad - totally psyched. Then it starts. I spent the first 30 minutes of this film trying not to look confused...for my dad, figuring he was silently enjoying it. All I could think of was how much shite you can shovel into a script. Oh, the talking. Very little on stage performance. And then more talking. At minute 35 my father turns to me and says..."Shut if Off. Let's watch the dog show."

So, thank you Garrison - for giving me an awkward A Prairie Home Companion moment with my Dad. And that's a good thing, because the dog show was fun.
Posted by TVBlogster at 3:13 PM No comments:

Jon Cryer is a Troll. No. Really. He Is.

Posted by TVBlogster at 12:57 PM No comments:

Posted by TVBlogster at 9:47 AM No comments:

Email ThisBlogThis!Share to TwitterShare to FacebookShare to Pinterest
Labels: The Colbert Report

Zach Galifianakis Back on SNL

Zach is back as host of Saturday Night Live this weekend. Here's the hilarious promo.
Posted by TVBlogster at 5:20 PM No comments:

So, I'm posting links to two entertainment sites that provide a daily ticker on casting and production updates. I guess this is for my own reference, but it's a good source for anyone visiting this blog who doesn't hang out at entertainment trade sites and likes to see who's landed where during this interesting time of year.

Hollywood Reporter also has a dedicate page showing the latest pilot news. http://www.hollywoodreporter.com/topic/tv-pilots-163962
Posted by TVBlogster at 10:04 AM No comments: 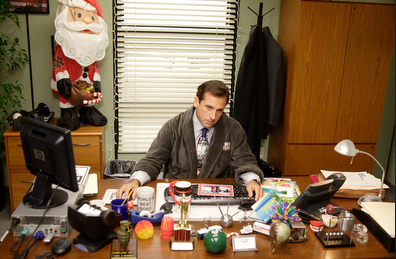 As the Twitterverse has claimed via the feeds of Mindy Kaling and Brian Baumgartner, this was Steve Carell's final week on set of The Office. It's all so sad, yet befitting of a dedicated comedian and actor who knows when it's time to bow out.

In honor of Steve's several years of giving the world so many laughs and memories, NBC will be broadcasting a marathon of The Office starting at 8pm et. For the line up of shows, go to OfficeTally.com - the place to be for all things Office.

Thank you, Steve Carell. See you in the movies.
Posted by TVBlogster at 4:46 PM No comments: 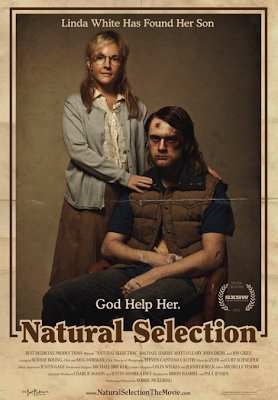 I became a fan of Rachael Harris when she starred in the Kirstie Alley venture Fat Actress on Showtime back in 2005. The program itself was overwrought with Alley's over-the-top craziness, but Harris, who played Kevyn, the star's personal hairdresser and makeup artist alongside the funny Bryan Callen as Eddie, the live-in PA, were both so hilarious working off each other, it would have been fun to see them spin off into their own series. (They could be Kristie's assistants, but we never see her - like we never see adults in Peanuts specials but we hear the "wah wah wah" off camera.)

Rachael has since turned up in some favored alternative comedy shows such as Party Down, Funny or Die Presents, and Childrens Hospital. She is currently attached to the Mike O'Malley, Rob Huebel Fox pilot Family Album. (Fingers are crossed that this is ordered to series.)

Harris, usually cute and acerbic, takes a slightly dramatic and dowdy turn in the upcoming feature Natural Selection. She portrays Linda White, a woman who connects with her dieing husband's illegitimate son. The film premieres at the South by Southwest Film Festival which kicks off next week. Here's a peek:

Also showing at the SXSW Festival is Judd Apatow's latest film starring some funny ladies of television. Bridesmaids stars SNL's Maya Rudolph and Kristen Wiig, Mike and Molly's Melissa McCarthy, The Office's Ellie Kemper, and Reno 911's Wendy McLendon-Covey. It looks like the a ladies' version of The Hangover.