Writer and hip bon vivant Diablo Cody has a new web talk show over at LStudio.com. Her interviews are done from her own Airstream RV and her upcoming guests will be Sarah Silverman, Jack Black, Amanda Seyfried and Zooey Deschannel to name a few.

Here's her interview with John Krasinski.

Speaking of Zooey Deschannel, there's some good news for her and fans of the spanking new "New Girl" on Fox (Tuesdays at 9pm). 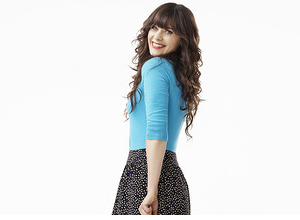