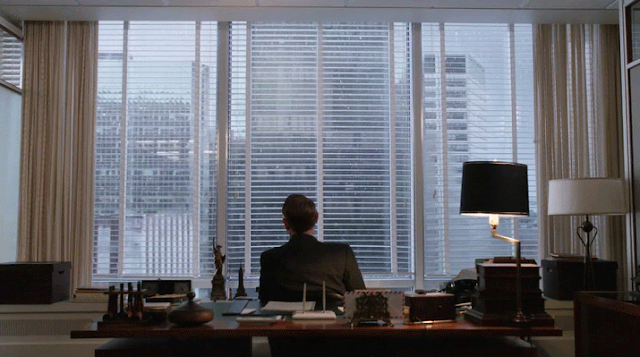 Mad Men season five takes a bow tonight.  It took nearly two years to finally see this season come to fruition on AMC, and just like that - 13 weeks have gone by in a blink.

Some may have felt the season went by at a slow pace, dominated mostly by Megan's perfection and Don dealing with her as his wife. But within all the build up of story and every day angst, minutia and fat Betty, the season saw satisfying and devastating goodbyes to well love characters.

Those of us who have lived through the end of the 20th century, and now navigate the strange waters of the 21st,  understand that moving from one company to the next can be a vital step toward professional growth. When Peggy left Sterling, Cooper, Draper, Pryce, it was a triumph, a righteous turn for a talented copy writer whose praise from Don was meager, and whose compensation did not match her ability. As Joan sold her body for the chance to be partner, Peggy moved on with dignity and a better future. Who knows how long SCDP will last? A future stake for Joan in an agency that might not survive another two years won't mean anything. But for Peggy, her career will last her as long as her personal drive. So long for now, Margaret Olsen. 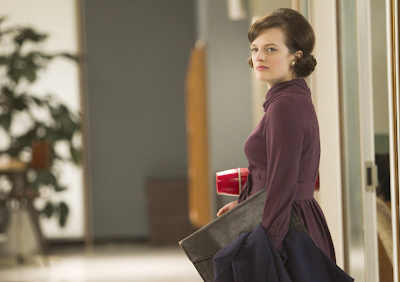 Last week we said goodbye to a nice man whose inferiority complex took him to bad places. Lane Pryce was a sweet, emotionally brow beaten (literally by his father) Brit who came to New York and fell in love. Not with that cute African American Playboy bunny, but with New York and America. Leaving the stogy, class defined confines of the crusty middle class England from which he was bred, New York and all it offered allowed a fresh new start for Lane, where he embraced youth, sex and culture in a fresh new world where he could reinvent himself.  And that's the thing. During Don's confrontation and firing of Lance, he told him he could start over again. The problem was,  Lane already did. And in Lane's mind,  he couldn't keep up the pace and failed. 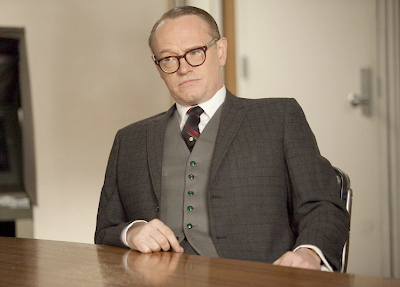 As we say goodbye to Peggy and Lane (with the possibility that Lane somehow returns in flashback, and Peggy still keeps in touch with her former colleagues), we say goodbye to another season of Mad Men, with another long wait to come for season six.