40 Years of Sesame Street and It's Global Reach 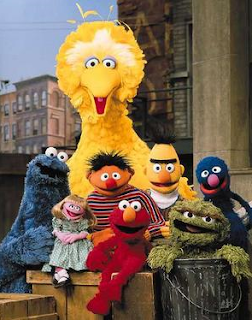 Sesame Street begins it's 40th season this week on PBS. Generations have sung the alphabet with Kermit, counted to 10 with The Count, and was informed that an episode was brought to you by the letter "Q". However, "The Street", as it's slickly known, has reached around the world for more than thirty five years, starting with the first two co-productions. In 1972, Sesamestrasse, the german language version premiered and still airs on Germany's NDR. Plaza Sesamo, the spanish language co-pro premiered that same year and currently airs on TeleFutura. 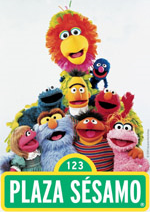 I worked at Sesame Workshop in Sales and Co-Production for about five years, back when they were celebrating their 30th anniversary. Languishing in the world of sales and co-production in the Latin American and Asian Regions, I witnessed some fascinating workshops attended by producers and Muppeteers from Russia, Poland, Pakistan, Israel, Mexico, Australia, Japan, and China. Creative worked their magic to learn, study and devise ways to create local versions of Sesame Street. Capturing the same joyful Muppets, tailoring a deep curriculum, preparing local live action films, and brainstorming the neighborhood (i.e a street, or barrio) that would be the center of the show is all hard work. In addition, local psychologists and teachers were also included to maintain local customs and specific educational needs. So you had a mix of professionals spinning an incredible format to maintain the sensibilities and mores their nation's children. 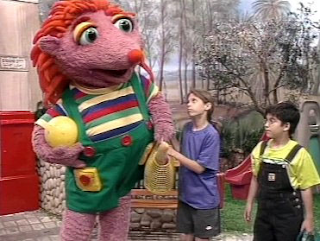 Israel's Rechov Sumsum. Instead of a giant bird, they had a giant porcupine. A little scary.

Producers of war torn countries also incorporated local conflict in the mix. Alim Sim Sim, the Egyptian co-production of Sesame Street focuses on girl's education due to the vast difference between male and female literacy in the region. Rechov Sumsum, the Israeli production (created by the super wonderful Dr. Lewis Bernstein) and Shara'a Simsim, the Palestinian version, combined shows to create a co-pro to encourage peace and understanding among children in each territory caught in the cross fire of middle eastern unrest. (Sadly, this experiment didn't work, and both co-productions now air separately). There was a hope to create a co-production in Ireland that would encourage peace and understanding among Catholic and Protestant children; however, as far I know...that never came to be.

In addition to international sales of the domestic catalog, distributed with episodes dubbed in the local language, Sesame Street has reached not only children in the USA for many generations, but stretched it's arms across the world.

Congratulations to Sesame Street and to the people who have brought it to you all these years.
Posted by TVBlogster at 6:44 AM