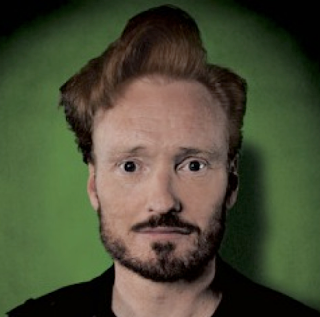 Interesting and strange news afoot. Conan O'Brien and Jack White have teamed up to release two albums "And They Call Me Mad?" and "Conan O'Brien Live at Third Man". The former will be spoken word that includes an interview with the deposed Tonight Show host conducted by White, and the latter will be a collection of rockabilly songs recorded with Conan's band. Jack White will also appear on these tracks. Both albums will be released on White's Third Man label.

I'm taken by the cover photo above. What is this exposure trying to say? Conan looks depleted. He needs a bag of plasma and a sandwich. This past year must be taking a physical toll, as he evolves from network good boy into cable's newly welcomed rock star hero.

"And They Call Me Mad" will be released on August 24th. Both albums will be available on iTunes.

Sources: LA Weekly and The Hollywood Reporter
Posted by TVBlogster at 6:09 PM