Del Close Marathon 12: A Celebration of The Man 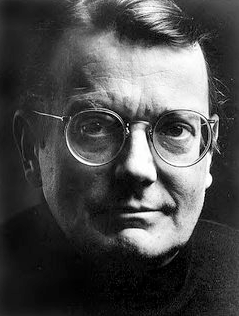 The 12th annual Del Close Marathon kicked off on Friday, July 30th at the Upright Citizens Brigade Theatre with a fanfare of vuvuzelas. You know, those obnoxious horns that pierced your brain lobes for about a month during the World Cup? As the founding fathers of the UCB took the floor Friday afternoon, a fanfare of blasting honks vibrated among the cheers and applause aimed at Matt Besser, Matt Walsh and Ian Roberts.

The noise pierced through the din. They called out the various audience members who lugged their noisemakers to the event. Vuvuzela owners came forth to the stage, one after the other to show their cheeky selves. Jokes from the UCB 3 flew, and we were off on another marathon of Improv fun.
Bonus point: The weather in New York that day and over the weekend broke from its hot sticky tradition, and remained dry and pleasantly sunny with cool nights. Comfy. 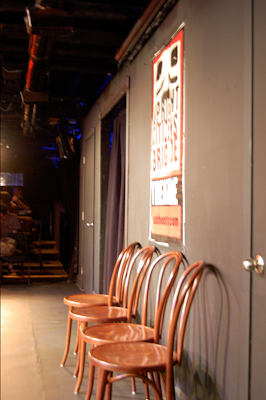 There were some changes in this year's DCM. The theater itself looked polished. A nice lashing of black paint on the stage floor and walls made it ready for a weekend of non-stop comedy pounding. Old broken chairs in the front row were torn out and replaced with new ones arranged in order. Even the pipes, precariously hovering overhead, held together by duct tape and usually saturated with dripping water, seemed more secure. The bathrooms (ladies room in particular) was refurbished with red UCB logo infused murals. It was a nice touch. Not sure about the men's room. As a lady, I'd like that to remain a mystery.
Another change was access to the shows. Performers were not allowed to bypass lines, nor were bloggers and the press. Waiting on line is always a necessary evil; however, this hindered some people from seeing the shows they wanted to see. Even getting in line early did not promise entry in time for a highly coveted show. This seemed more of a problem this year than in previous DCMs possibly due to the fact more people had to go through the line before entering. Also, meeting up with friends already on line caused a "cutting in" problem that was frowned upon, but not fully enforced. You could be sitting on line for two hours and see the line thicken in front of you with more bodies who didn't wait as long as you did to get in. All personal moaning aside, in terms of line management, there is always room for improvement.Besides, this is a celebration of Del Close and the craft of improv. As one twitterer intimated on the #DCM12 Twitter feed, that hashtag ain't for haters. Besides, with such a limited house capacity and so many lovers of comedy performance, nothing is going to be perfect.
Back to the press conference..... 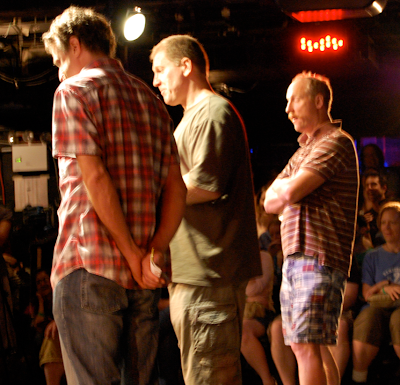 The press conference is always a fascinating time to sink your teeth into the history of Del Close and the origins of the UCB. Del Close was an actor and comedian who devised long form Improv, implementing a technique known as The Harold. The Harold provides the bare bones of popular comedy today, having been taught by Del to his students such as Mike Myers, Chris Farley, Tina Fey, Rachel Dratch, and many more famous and funny people to name. Not only have students gone on to incredible careers, but they also carry on the work of Close by teaching others. The Upright Citizens Brigade is one major entity that has an accredited training center with amazing performers who teach students the Harold. Plus, the theater celebrates the life of the underrated Del Close each year with this annual around the clock approximately 60 plus hours of non-stop improv.
Performers around the country and parts of the world are selected to perform: Chicago, LA, San Francisco, Philadelphia, Boston. Even Australia was in the house. Anthony King, UCB's Artistic Director usually screens and selects tapes from hopeful teams. He mentioned that the selection process is much more challenging as the DCM gets bigger each year. Submissions went up from around 500 audition tapes last year to 800 this year.
What was palpable during the press conference were (and is) Besser's, Walsh's and Roberts' love for Close. He was a complicated man , who never rose to the same level of fame as his comedic contemporaries (such as Elaine May, Mike Nichols); however, despite some of his professional draw backs and failed opportunities, Del came to terms with his fate and broke out of the staid form of the old comedy box by creating a format for long form Improv using the concept of "Yes...And", "If this is true, what else is true?" and if "what else is true, why is it true?" This is all confusing stuff if you don't know this skeletal creation; however, as a viewer, you've seen it on SCTV, SNL, The Office and Parks and Recreation.
An interesting note was that Del Close loved the crazies in his classes. (Farley and Belushi came to mind.) He'd push his students to challenge their comedic muscles, to heighten a scene and to make it extraordinary. As UCB performer and Close student Kevin Mulaney mentioned in the UCB Podcast (recorded last Thursday, soon to be up at www.ucbcomedy.com), Del was hard on students. He wasn't sure if it was because he didn't like them and wanted them to quit, or he needed to see the crazy rather than the sane in a scene.
The sad part about Close's life (he died in 1999), as discussed by Matt Walsh and his colleagues, was that Del wasn't acknowledged by the comedians he came up with. They push his method aside as an annoyance, and grumbled that Second City and other forums teach one how to be an actor. Besser, a student of Second City and of Del's, politely disagreed, mentioning that he didn't feel his training at SC was any more beneficial than what UCB's Harold based curriculum has taught students for years now.
Del Closes' spirit is everywhere this weekend. You can't help but catch the Close Fever.

The Del Close Marathon is streaming live on Sirus Radio. You can download the media player and hook into free trial period so you can hear the crazy in NYC.
Posted by TVBlogster at 9:13 AM