The Office UK and US: Comparing Two Scenes

I've been feeling a little nostalgic over The Office lately. Having been a fan of the original British series when it first debuted in the U.S. in 2002 on BBC America, and consequentially becoming an obsessed viewer of the American version on NBC in 2005, I always looked for similarities in story line structure between the BBC show and NBC's adaptation. Especially in the heart of each series - the love story between Jim/Pam and Tim/Dawn. 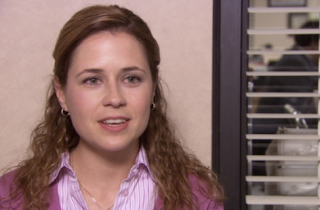 The British and American versions both went in different directions scene-wise to get their favorite love interests together. In the BBC's series finale, Tim gives a beautiful, heartfelt monologue about how he's come to terms with letting Dawn go, how she was a temporary ray of sunshine in his life, and he'll be fine as he walks on in life without her. In the NBC version, we see Pam beaming with confidence days after admitting to Jim at a beach party that she left Roy because of him, and that Halpert's friendship meant more to her than she let on. In the episode "The Job", Pam came to terms with Jim's possible departure for New York, admitting that she'll move on and that they'll always be friends. 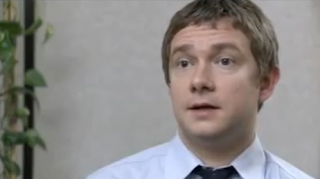 Below is the final heart wrenching and wonderful ten minutes of the British Office series finale. It's fascinating to see how the U.S and U.K versions went down different paths to reach the same conclusion on the Tim/Dawn and Jim/Pam romance. Despite the British series finale being much longer than the US's season three finale, there are parallels in the devices used to change the minds of the object of one's affection before they walked out of our lives. With Dawn, it was the paint kit and letter from Tim. With Jim, it was the phone message and yogurt lid from Pam.

Since the British Office was wrapping up their series here, we see loose ends tied up and more exposition to draw things to a nice end. You might even find about ten different US Office episodes embedded in these ten minutes. (Christmas parties, Michael dating...)

This is the last two minutes of the U.S. Office episode "The Job". The bones of Tim's confession, the edits and voice overs are adapted beautiful and briefly in Pam's talking head. The flashback at the beach is not really comparable to the British version, but it lends nicely to the build up of the conclusion and provides some background on where Jim and Pam left off after what is known in fan circles as Beesly's "Beach Speech".

As the U.S. version of The Office continued year after year, the blueprint of its U.K. predecessor faded. Yet, one hopes that when Steve Carell leaves, show runner Paul Leiberstein and his writers will go back to the original for inspiration and revisit David Brent's departure from Wernham Hogg. It was a painful moment that revealed the heart of a man who lived for his job and found loneliness beyond the company walls. It may be a nice homage to the original if the US Office followed suit. Considering Michael is only a shadow of David Brent, re-writing his departure will undoubtedly be different.
Posted by TVBlogster at 11:34 AM