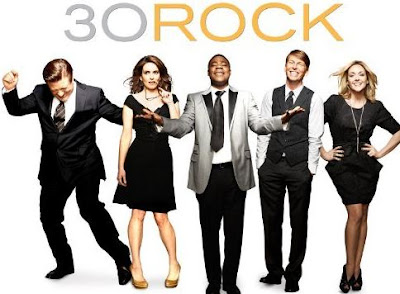 Can this really be?  After seven years of TGS, Kenneth the Page, Jenna's neuroses, Jack Donaghy wisdom - is the end really near?

It seems so. After seven years of superb comedy, Liz Lemon and the crew are calling it quits. Tonight is the season premiere of 30 Rock, kicking off the 13 episodes due to air, one by one, like the Abbey Road side two medley going down that inevitable slippery slope to The End. Drats. I'll miss this incredible New York centric show.

Perhaps it's time. 30 Rock has run out of some steam - not in Office proportions - but its sharp wit has dulled a bit over time. But even as the shine wore off, remained one of the best comedies around.