Tina and Amy Are Golden 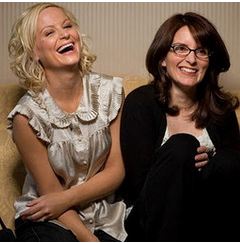 Amy Poehler and Tina Fey will be hosting the 70th Annual Golden Globe Awards on January 13th, live from the Beverly Hilton.   Two superb personalities who've lately helped provide some laughs during the Emmy Awards last year when Best Actress in a Comedy was announced. Who won? Melissa McCarthy took home the crown. But all the "runners up" were thrilled.

Congratulations to two hilarious ladies who inspire girls everywhere that they can be just as funny as the boys.