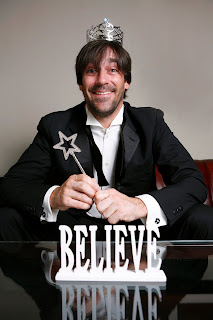 Remember how I gushed about Jon Hamm's terrific hosting job on SNL last year? That it was only the first in many invites back to studio 8H because he was rocking funny? Well, as predicted, he's been asked back for another stint as guest of honor. He mentioned on Comedy Death Ray Radio's podcast yesterday he will indeed be hosting the show in 2010. The date wasn't mentioned, but I'm sure it will be officially announced soon. 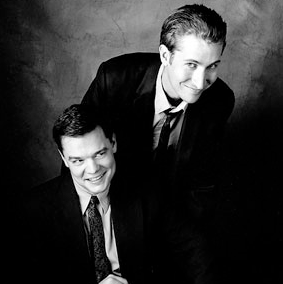 Speaking of Comedy Death Ray (aka CDR) and Jon Hamm, comedians Scott Auckerman and BJ Porter brought together a crew of alternative comedy friends last Tuesday night for a night of music and hilarious bullshit at Upright Citizens Brigade in Los Angeles, all in the name of charity. (Just some background: Comedy Death Ray is a weekly improv/sketch show at UCB-LA. It's also a weekly podcast that streams on Fridays at 103.1.com and on iTunes. Go to ucbcomedy.com to view some videos of the stage show.)

Tuesday's show was the special CDR Nativity Christmas Pageant, presenting a steroid induced line up of funny people I would have killed a few animals to have seen in person. (Alas, I was in New York City - where nothing seems to really happen anymore.) Guests included performances by Tenacious D, Maria Bamford, Patton Oswalt, Zach Galifianakis, Nick Kroll, Rob Huebel, Paul Scheer, Aziz Ansari, Doug Benson, Paul F. Tomkins, Mad Men guys Hamm/ Michael Gladis, plus James Adomian and many more. Proceeds from ticket sales and online auction (where you could bid on a chance to perform at an Asssscat, be a guest on Zach's Between Two Ferns, or win a ticket to the show) went toward the LA Food Bank. They raised $19,000 + for the cause.

Hilarious moments from the event can be found on flickr taken by super fan and photographer extraordinaire "Liezl", as she in known on aspecialthing.com.

Fun bonus video! The Comedy Death Ray crew came together to record their own version of the 1984 Bob Geldof ego trip and feel good charity anthem "Do They Know It's Christmas". It's funny, and very cool since the spoof is in the spirit of giving. If you know and love these guys, watch this.

Posted by TVBlogster at 3:27 PM