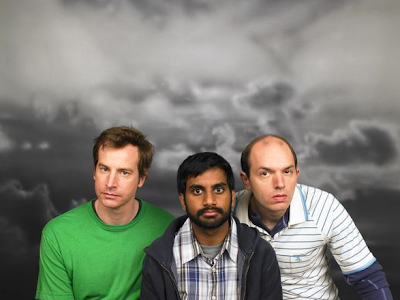 This is serious. This weekend I'm hunkering down with a big ol' bag o' Doritos and acting like it's nuclear winter outside (that is until I have to go out because I have stuff to do). Comedy Central is airing a Human Giant marathon Saturday and Sunday. Season one and the hard to find complete season two will be shown. This is going to be pretty awesome. Set those DVRs, like...now.

Episodes are mostly airing during the morning hours, so check out the schedule.
Posted by TVBlogster at 12:22 PM