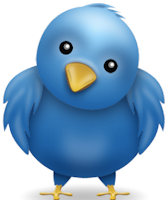 140 Comedians, actors, performers and personalities from stage and screen will gather at the Upright Citizens Brigade Theatre in Los Angeles tonight to read their Tweets to the Twitterverse and beyond. The event is sponsored by Funny or Die and Stillerstrong. All proceeds will go to Artists For Peace and Justice to benefit the Haitian School Initiative. This blogger and Tweeter (with hardly any followers...whatever) will be there.

A DVD of the event will also be produced. Pre-order is available on Amazon. It will be available on iTunes for download on March 22nd.

FunnyorDie put shows us the madness behind the scenes.

A Night of 140 Tweets: Writing Session from Rob Huebel

Back from this incredible night of celebrities, writers, funny people and Tweets! Just waiting on line outside the UCB Theatre felt like a red carpet (thank GOD it wasn't) of whose who in television and film. I thought my DVR had thrown up on the sidewalk. There were familiar faces galore: Rainn Wilson, Paul Feig, Brian Poeshn, James Urbaniak, Rich Sommers (nice ass, there Harry), UCB familiars such as Chad Carter, Seth Morris and Matt Walsh, Jackie Clarke, add, stir....repeat. 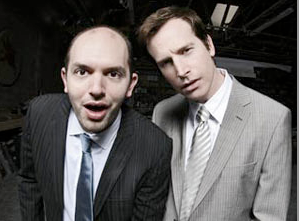 The UCB stage was decorated with birds in cages, honoring the symbolic Tweet bird. Rob Huebel and Paul Scheer hosted with their own famous brand of laid back goofiness, kicking off the show by reading a few of their own crafted tweets, and introducing each guest reader, all the while guiding this overwhelming ship. What felt like a potential logistical nightmare of Tweeters of fame (holy crap! Demi Moore! Ashton! John Stamos?! Uh oh alternative comedy fans...Dane Cook!), turned into a mostly well timed line up of 170 plus. StillerStrong's very own founder Ben Stiller was present to read his Tweet and bust some balls. James Gunn, Michael Ian Black, Dave Foley, Tom Lennon, Sarah Silverman, Steve Agee, one after the other, funny tweet after funny Twitpic, the event flowed with minor technical bumps. For instance, some Twitter people didn't know how to leave the stage. Instead of jumping off stage left or right, some ended up walking aimlessly, or tried to go back to the curtain. This was charming in its confusion. Hell, it's UCB. Everthing is spontaneous and delightfully unpolished.

In order to include some missing well knowns that Tweet, videos of notable Twitterers such as Michael Showalter, Chris Hardwick, Kevin Pollack and Director Kevin Smith were beamed on screen.

UCB is right next door to the favored neighborhood Birds Restaurant, whose name ironically matched the Twitter spirit. The venue closed down their restaurant for the after party, to which all Twitter participants hung out until the early hours.

It was an amazing feat handled in the spirit of technology, fun and charity. Just wait until the DVD comes out!

Check out the Portroids blog, where a list of all the participants with links to their Twitter account is being compiled. (http://www.portroids.com).
Posted by TVBlogster at 9:49 AM

Email ThisBlogThis!Share to TwitterShare to FacebookShare to Pinterest
Labels: Night of 140 Tweets