As the mind blowing current series of Breaking Bad winds down to its season finale this Sunday (10pm - AMC), there is still much to look forward to in cable viewing as we get into the dog days. AMC specifically. Their original series have, so far, been stellar, beautifully written, produced and performed morsels of drama delight. 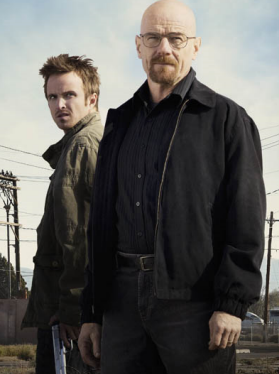 As Walter White's moral code crumbles further into darkness in the New Mexico desert, Madison Avenue of the sixties returns on July 25th (10pm) with the season premiere of Mad Men.

When we last left Don Draper, he went rogue on his British bosses and took the best and brightest of Sterling Cooper with him to begin his own agency. As he paves new ground in his professional life, his personal world will take a turn. Betty has left him for a new man, beating a retreat to Vegas for a quickie divorce, searching for something she'll probably never find. Don is now a single man living in New York City - free to boink any broad with a Dippity Do hairdo and pumps. 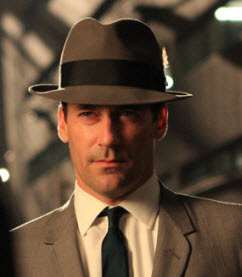 Since AMC is two for two in the groundbreaking department, their newest series, Rubicon, looks interesting and could round out the stats. Starring James Badge Dole as an intelligence code specialist, the program delves into paranoia and mind bending scenarios. (Special shout out to Miranda Richardson who also stars.) It premieres on Sunday, August 1stat 8pm and will continue to air in that timeslot.

Here's a sneak peek from AMC.