Zach Woods Gets Regular Job on The Office 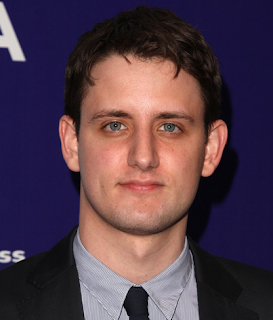 This promotion is near and dear to my comedy heart. Upright Citizens Brigade's very own Zach Woods is being kept on NBC's The Office as a cast regular. Zach, who has been portraying the geeky string bean-like Gabe from Sabre, infuses new geeky blood into a cast that has grown slightly weary over the last six seasons.

It feels like The Office is well past its sell by date; however, seeing a familiar face from my Saturday nights watching "Lets Have A Ball" at the UCB Theatre in New York makes me a bit happier to watch the Dunder drones and how they perceive him. Dwight shaking a Star Wars cyber sword in Zach's direction alone can cause gales of laughter. Nice to see Zach make the move. Congratulations!

Source: EW's Michael Ausiello
Posted by TVBlogster at 9:41 AM