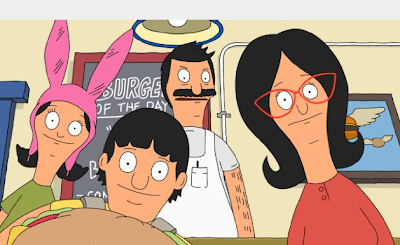 Good news for animated comedy fans! Fox has renewed Bob's Burgers for season two. 13 episodes have been ordered, like a medium rare slider with pickles and fries on the side. (Yes, I made a dumb correlation between food and the show. I think a silly quip is in order.)

Fans of Eugene Mirman, Jon Benjamin, Kristen Schaal, Andy Kindler and a host of other funny people who lend their voices to this hilarious (and woefully under covered show on this blog) rejoice!