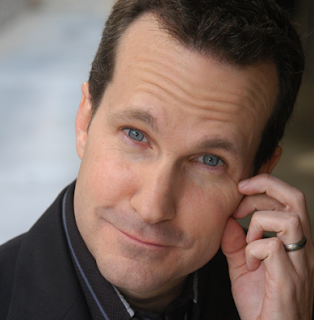 If you've ever been to a taping of Conan, you were likely psyched into applauding by warm up comedian Jimmy Pardo. Well, he's not only a mighty audience warmer-upper, he's also a beloved comedian on the laugh circuit. When not whipping O'Brien's audience into a frenzy, he's usually on other stages making his own crowd laugh, or hosting hilarious game shows at the Upright Citizens Brigade Theatre. However, his podcast Never Not Funny is one of the most hilarious and heavily downloaded shows on the net, with Patton Oswalt, Mad Men's Jon Hamm and Conan himself as past guests. (Have a listen and sign up for shows over at www.pardcast.com. It's paid subscription for full episodes, but short, twenty minute episodes are available for free on iTunes.)

Speaking of last night's show, it was a pretty good one. Lil Wayne came by to talk about how Gary Busey was the sane one during the Meatloaf blowout on Celebrity Apprentice; however, PJ Harvey, one of the most prolific and amazing singer/song writers today performed, singing a track off her Let England Shake album. I'm such a fan, I have to post this:

Posted by TVBlogster at 9:06 AM