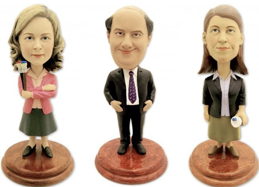 It started innocently enough. Season two of The Office - Valentine's Day episode. Angela bought Dwight a bobblehead created in his likeness. It was really funny and special. Soon, NBC licensed it, and the doll went gangbusters. Having Dwight's shaking head on your desk at work was fun. Michael Scott was soon to follow. Now, the entire cast is getting their own heads on the end of a coil. It's sort of sweet, since some of the cast members are getting some props. Phyllis Smith cried when she received hers. Yet, I can't help but feel it's kind of lame. Maybe it's because Schrute is a character all to himself. The others don't stand out the same, except maybe for one...
Andy Bernard. I mean...he has a BANJO. 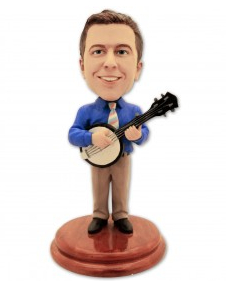 And a hilarious goofy face! 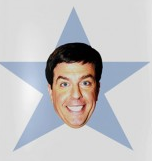 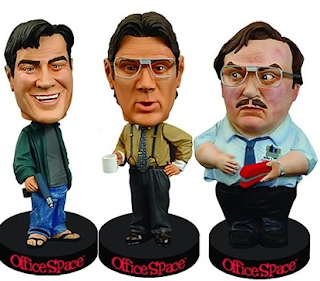 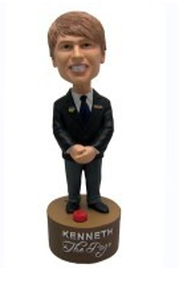 Other that, I'm grumpy about bobbleheads. They get broken when you move office or house (like my Mike Piazza and Pedro Martinez bobbles did), or they become dust collectors, soon to be sold at a yard sale near you. Still...I'd keep my Ken the NBC Page doll. He's perky and earnest.
Posted by TVBlogster at 9:14 AM

Email ThisBlogThis!Share to TwitterShare to FacebookShare to Pinterest
Labels: Bobbleheads