SNL begins its 35th season when it premieres in September. Some additions have been made to the cast. 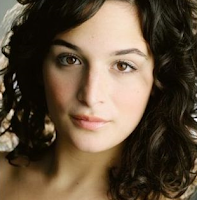 Jenny Slate. Slate's show "Dead Millionaire" was featured at UCB in May. She has also starred in "Gabe and Jenny", a weekly show at Rifif created with her comedy partner Gabe Liedman. Jenny has also appeared on Late Night with Jimmy Fallon in the sketch "7th Floor West". 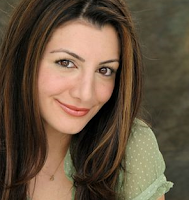 Nasim Perad also joins. Iranian born, she's performed at UCB, Improv Olympics and is featured in the weekly Sunday shows at The Groundlings.


Perad and Slate add to the already loaded female cast. Kristin Wiig remains, as does Michaela Watkins and Abby Elliot. I've been a bad blogger due to late summer holidays, so I could be out of the loop and therefore unsure of Casey Wilson's fate. I adore her work, but fear she might not have cottoned onto the show. Also, with nary an African American female in sight, I guess the Michelle Obama impressions are out.

I wish the new cast members much success; however, I'm a bit of a crank when it comes to SNL's casting. Whenever I hear of a new member added to the ensemble, I wonder how they will be utilized. Will this person emerge as Lorne's new star? Or will he or she fade into the featured performer role with little to do, phased out by next season? I turn to Rob Riggle, who during a monologue at a UCB performance last year, talked about crappy jobs. Before he went into a funny story about a summer job in a factory, he mentioned SNL, implying that it can kind of suck to work there (which he kindly shrugged off as a joke). The fact that it's hard to remember Riggle's work on SNL says a lot about the process. Thankfully he found success via other avenues; yet, that's SNL for you. The show can be a star maker, or just part of the journey before your arrive. You never know.

Here's a peak at Jenny Slate's work on Fallon. This is also a shameless ploy to gratuitously showcast Jimmy and A.D. Miles.

Posted by TVBlogster at 8:54 AM