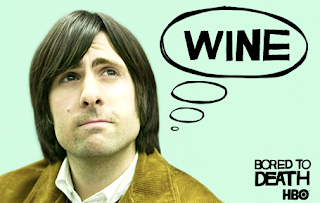 So, how did that first hour of the new Jay Leno Show sit with you? Yeah. Boring.

Here's a good "boring". I'm looking forward to HBO's new original series Bored to Death. It premieres this Sunday, September 20th at 9:30pm. It stars Jason Schwartzman, Ted Dansen and Zach Galifianakis. Based on the written work of Jonathan Ames, specifically a semi autobiographic short story featured in McSweeney's back in 2007, it's about a man named... Jonathan Ames... who offers his detective services on Craigs List. Galifiankis is his cartoon drawing friend and Danson plays his editor. Hi-jinks, laughs, Brooklyn...how can you go wrong?

Posted by TVBlogster at 6:52 AM