Jeannie Tate: Score for the Lady in Mommy Jeans! 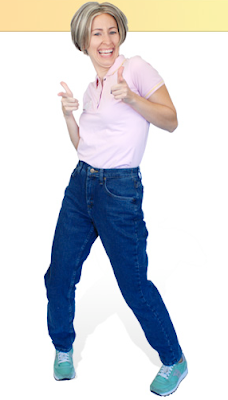 This makes my heart happy. Liz Cackowski, star and co-creator of The Jeannie Tate Show has been given a development deal to bring the insane soccer mom to HBO. The web series, originally produced for WB.com was co- created with Maggie Carey. Jeannie Tate features Cackowski as the nervy mom who does a talk show out of her mini-van. Celebrity guests have been Bill Hader, Rashida Jones and Rob Riggle. Aubrey Plaza (Parks and Rec) co-starred as her crabby teenage step daughter.

Check her out at http://jeannietate.com/, but watch this now...my personal fave video with Riggle.

Posted by TVBlogster at 9:44 AM

Email ThisBlogThis!Share to TwitterShare to FacebookShare to Pinterest
Labels: The Jeannie Tate Show