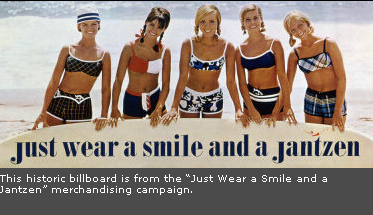 "Who is Don Draper?" Don't ask. If you do, he'll pull up the Dick Whitman shroud of secrecy. You'll never get beyond that mysterious exterior. Cool, huh? It carried him through the past three seasons we've known him. But not this time, buddy. Don is now a leader and needs to fess up about his business, his professional past, and how he stays afloat. If he doesn't, big hitting trades like Advertising Age won't have any juicy Madison Avenue material to pump into Don's new venture. They need this publicity. The chance he's taken is a big one. He carries the weight of Bert Cooper, Roger Sterling, Lane Pryce, Harry Crane, Joan Holloway, Pete Campbell and Peggy Olsen on his shoulders. He made them take the plunge. Now he has to shed the cloak and dagger James Bond mojo and get real. They aren't the peons anymore. They are now Don's minion, and they want to succeed, for themselves and for him.

Don Draper seems to be undergoing a recession of the soul. Cutting back on his past fabulousness, he rents a furnished apartment in the Village, shines his own shoes, offers to sew on buttons for his son. Despite having a house maid (conjuring up images of The Courtship of Eddie's Father), he doesn't eat her cooking and barely acknowledges her housework. Divorced, dwelling within a non-descript bachelor, Don's new life appears to be as dark as the walls of his bedroom. He pays for sex now, with a regular high class call girl who provides an extra S&M bonus as part of her menu. It's not as if one cannot image Don being with a hooker before, but the fact he now has to pay for love making and accept blind dates from Roger Sterling's child wife - well, its a bit stunning.

Betty Draper has now taken on the surname Francis, replacing one husband for another in the same bed and the same house. Despite being told to move out by a certain date, Betty is not ready to move on, using the old I don't want to uproot the children right now excuse. Please, Bets. Why did you have kids? Don was a cad and it's good you divorced him, but you should have thought of plans for the kin before building your own lifeboat. Don, still paying mortgage and taxes for a house his ex-wife and new husband live in, is galling. When he demands they leave or else pay rent, even Henry agrees. But Betty is a needy, bitter child and refuses. Indeed, Henry's own mother has Betty's number, feeling the chill of her personality, her terrorizing of the kids, her prettiness allowing for men to drop all over her, swoop her up and rescue her frail bones from the harshness of the real world. I hope Betty didn't get rid of her fainting couch. She hasn't moved out of her damsel in distress phase yet.

Peggy Olsen is wonderful. She's come into her own with a more light hearted attitude, a little more comedy in her manner and a stronger sense of self. When her idea of hiring actresses to pose as housewives to go to stores around Queens and buy up loads of canned ham back fired, she handled it with comedic aplomb, the right dose of embarrassment and nada drama. (The actresses in question were a hoot, hating on each other, acting out like Danielle and Teresa in The Housewives of New Jersey). So, more power to Peggy. However, it doesn't end there. Both she and Pete are very friendly co-workers, but their past won't be easy to escape. There is something there. Even a call from Trudy sends Pegs out the door.

And Sally. Just you wait. This is the sixties. Historically we know what happened to the youth of that generation. She's going to come into the prime of her teenage-hood with a load of baggage from Don and Betty. It's going to explode in rebellious anger and hatred all jammed packed in a big wafting cloud of weed. I can see it now. She'll fall in love with per poster of Mick Jagger and be a Rolling Stones bad girl. Maybe even hitch a ride to San Francisco, be part of a cult or some underground political group, just to screw with her parents - Betty especially. I want Sally to evolve into the anti-Betty. No hairdos, dresses and manners, but unshaven body hair, nudity and fuck yous to society. Please, Matt Wiener. Make this happen.

Cutting back to the new agency, now located in the lush offices of the Time Life Building, Don is pitching a campaign to the very conservative owners of Jantzen swimwear. Having told them of their new two piece bathing suit line, they want to be all modest about the marketing of a product that is basically a cute little sexy Gidget bikini. Of course, Don ignores the safety of his clients suggestion and goes all 'sex sells' on them, to which they turn down his idea. After Don explodes and throws them all out of the office like a bunch of misbehaving school boys, we realize that Sterling, Cooper, Draper, Pryce is not going to pander to mediocrity. There will be no more bowing to clients who beg for dumb ideas. No more bad calls on bad marketing campaigns that dangerously ruin SCDP's image. Call in the Wall Street Journal. Don wants to talk about the real Don Draper.
Posted by TVBlogster at 11:09 AM