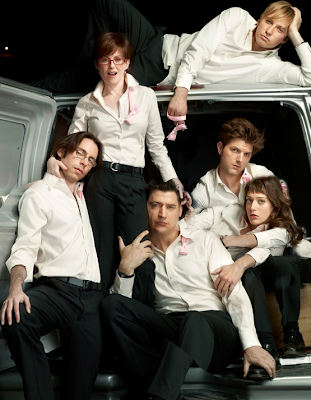 Last week there were shouts of horror and despair in the comedy geek community when Party Down was unceremoniously taken off Netflix's Instant Play service. It was a low blow to fans who were still mourning its cancellation. The disappearance of the streaming episodes from Netflix was likely due to the preparation of season two's DVD release on September 28th. However, if you're jonesing for Party Down now, co-star Martin Starr tweeted a link to all episodes to tie you over until the DVD plops in stores.