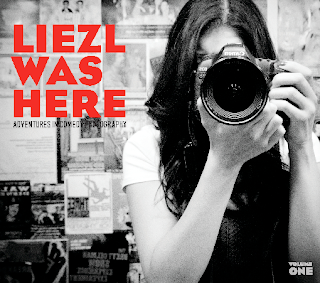 There's something I've learned in the comedy world. Comedians are nervous of photographers taking snapshots of their shows.  If you have a camera, and want to capture stills of a live performance or have the okay to photograph backstage antics of funny people about to perform, you have to earn their trust. So when photographer Liezl Estipona was given the green light to be the official photographer of the monthly Paul F. Tompkins Show at Largo in Los Angeles, plus have full access to highly popular, star studded shows at the Upright Citizens Brigade, you know she's seen as someone special.

From Zach Galifianakis to Louis CK, from Patton Oswalt to Maria Bamford, from Nick Kroll, to Jon Hamm, and from Adam Scott to Amy Poehler, Liezl brings her talent, sense of humor and love of comedy into every frame she shoots. For comedians, she's almost one of them, a tough chick who can take a joke and dish it right back at you, with a coupon for an Arby's sandwich as a bonus prize.  For fans, she's the peep hole through the walls of the L.A. comedy scene, allowing those who live in other cities to join in on the excitement onstage and off via photo uploads on www.aspecialthing.com - a website for comedy nerds.

Liezl has published a book that showcases the highlights of her work around the L.A. alternative comedy world.  Liezl Was Here (Vol. 1) beautifully lays out some of the most hilarious moments she's captured digitally. Each turn of the page provides insight into the famous and funny as they create magic on stage.

Go to www.blurb.com to purchase your own copy. It's a gorgeous addition to your coffee table book collection - and more hilarious & purposeful than that useless giant anthology on Shakespeare you're using as a door stop.

To view more of Liezl's photography, you can visit her Tumblr site, www. liezlwashere.com. Please do not post photos without permission.

Posted by TVBlogster at 2:08 PM