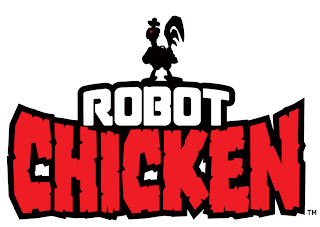 Robot Chicken is stop action animation at its finest and most hilarious. Seth Green and his team at Stoopid Monkey productions have taken GI Joe, Barbie dolls and claymation figures to create Frankenstein-like actors posed in hilarious sketches to a whole funny, insane level. Plus, they invite the coolest celebrities to lend their voices, such as Diablo Cody, Lea Thompson, John Hamm and Bryan Cranston (to name a few - they're many more).

After five seasons on Adult Swim, Robot Chicken will be airing its 100th episode on January 15th 11:30pm ET/PT.