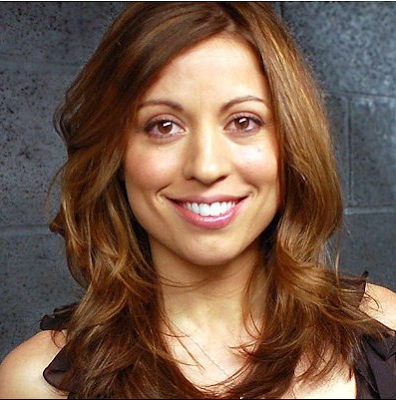 If you know about The Human Table, an enigmatic character that showed up during the episode "Ludachristmas", the holiday episode of 30 Rock, Season 2, or know the Jane Krakowski Tropicana 50 commercials or have attended a UCBNYC performance of the now sadly defunct show Let's Have A Ball, you might be a fan of Kay Cannon. Funny lady that she is, she's earned her comedy badge treading the floor boards of Improv comedy and in Tina Fey's writers room as a key writer for 30 Rock for six years.

The lady done good. As per DeadlineDaily, Ms. Cannon has signed a deal with 20th Century Fox Television where she will develop shows for FOX. In addition to that, she'll be tweeking her adorkability factor by joining the writing staff of New Girl for their sophomore season.

As her furniture heads across the country from New York to Los Angeles for her big move, I tip my hat to Kay Cannon, the lady I used to laugh my lungs out during those Saturday nights at UCB in Chelsea where she once improv'd getting punched in the vagina. Congratulations!