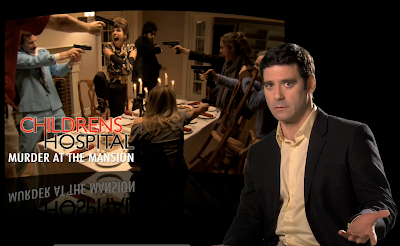 Newsreaders, that quirky 60 Minutes parody on Childrens' Hospital, has been granted its own spinoff! Adult Swim has ordered the show straight to series, and will continue to star Mather Zickel as host Louis La Fonda.  The showrunner will be Jim Margolis,  and Childrens' Executive Producers Rob Cordry, David Wain and Jonathan Stern will continue in those roles.

Here's an episode of Children's Hospital featuring Newreaders, "The End of the Middle".

Posted by TVBlogster at 3:32 PM