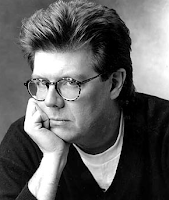 John Hughes died yesterday in New York. He was 59. He wrote and directed the most iconic coming of age films for a generation of geeks like me - Ferris Bueller's Day Off, The Breakfast Club and Trains, Planes and Automobiles to name but a few.

Gawker posted a link to a blogger who had a special friendship with Hughes. Her story probably sums up his character better than all the obits and bios out there.