On Line at UCB 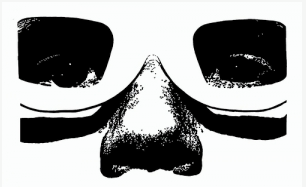 Last weekend's DCM was a jammed packed three days. After going through my photos and thinking back on the moments and the faces of so many UCB devotees, something occurred to me. There were stories. Stories everywhere. It was not just the amazing yarns told by audience members or performers, it was the stories and snippets of conversations I heard waiting in line. And you wait in line at UCB's DCM. You wait a lot. 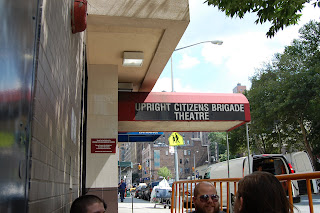 There were the UCB students, young fresh faced, baking in the sun, some protecting themselves from the heat under umbrellas. One young twenty-something, I'll call her Karen (since the sun was making me delirious and I'm bad with names) was in Improv 401. She came from Florida by herself just to study at UCB. Through her classes, she found a family. "You have to make friends. " She said. "You have to go out and find a community of people or else you'll be really lonely here." 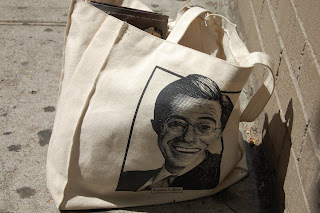 Other line dwellers were performers invited to trod the UCB stage, but may have been a day or two early for their show, chomping at the bit to get in to see Facebook or Bass-Prov. They talked about driving in a hot bus from the mid-west, or stuffing their junk in a car and heading for New York before dawn the day before. They goofed on fellow performers by cell phone who hadn't made it yet because they were stuck in traffic. 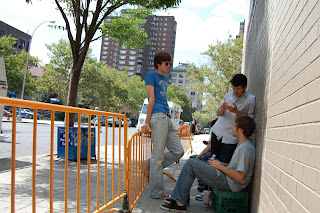 While on line at FIT, I met Robert, a Los Angeles native and UCB intern who was my seat buddy for the weekend, saving my space in line while I got my tickets for the various shows at the Kate Murphy Theater. One evening, while sitting on a sidewalk caked with the crap of the world, he said, "I don't mean to be a jerk, but..."

Then I met Sarah. Like Karen, she was in her early twenties, and an Improv 401 student. Waiting to get into Respecto Mantalban, we laughed at the idea that urine may have been dispensed on the very wall in which we were leaning. Living out of her small canvas bag, silk screened with last year's Eugene Mirman Comedy Festival logo, she spoke of her day job as a medical librarian at Sloan Kettering. Sarah loved puppetry and not only studied the Harold at UCB, but also took puppet improv workshops.

Why did she get into improv? "I always loved comedy." She said. Then her eyes welled up. "I lost my younger sister a few years ago. So, since I'd always been a comedy fan, I escaped from the despair by taking classes at UCB and losing myself in comedy. When you hear them laugh at your work, it's addicting. It makes me forget the pain".
Posted by TVBlogster at 11:00 AM