Something The Streamy Awards Did Right

Despair not, Web TV producers. Sunday night's Streamy Awards, despite the bad behavior and poor planning, may have done some justice: It exposed an audience of onlookers to new programming online they might have never have known before. Twitter chatter today is suggesting as much. As one Tweeter mentioned, "when life give you lemons..." Now he, and loads of people who suffered through technical problems and streakers, have a list of online shows they want to check out. Here are some that strike my fancy: 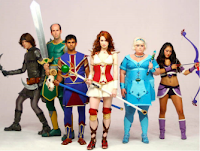 The Guild, starring and co-created by Felicia Day, is a funny, quirky show about a group of online gamers. I'm just starting to watch this series, and so far - it's quirky and fun. Watch The Guild at http://www.watchtheguild.com/

Easy To Assemble. This comedy is created by and stars Ileanna Douglas playing a fictional version of her actress self who quits the Hollywood acting rat face to work at an Ikea in Burbank. Justine Bateman co-stars, also as herself. 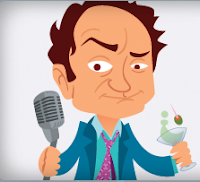 The Kevin Pollack Chat Show. This is an entertaining video podcast talk show hosted by the actor/comedian. Pollack's comedy, stories and ease make him a great interviewer and host. His guests are amazing: Jon Hamm, Kevin Smith, Huebel and Scheer, Kevin Nealon, Henry Winkler, Hank Azaria. The show streams on iTunes and on his site. Watch Kevin at: http://www.kevinpollakschatshow.com/ 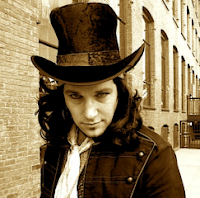 Wainy Days. Ah, Wainy Days. One of my all time favorite web series. Created by, written by and starring David Wain, it chronicles his fictionalized pretend lonely life picking up the ladies. (Paul Rudd starred in an episode entitled "The Pickup" as seen in photo). David won a 2010 Streamy for best writing. Watch Wainy Days here: http://www.wainydays.com/ 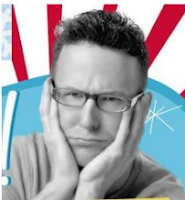 What the Buck Show. This started out as a YouTube web show that I subscribed to and love, love love. Now it's a big deal. Michael Buckley reports on Hollywood and pop culture with breathless speed and humor. He's super fun. "I had to have it!" What the Buck is at: www.buckhollywood.com

So, perhaps something positive came out of the craziness of Sunday night's fiasco. I discovered more original content and hard working creative professionals trying to do something independently. It might take a few years to wash the stench of this weekend off, but even the pioneers of the wild west had to dig a few stinky muddy trenches before they built their homestead.

There's more to watch. Check out the following shows:
Diggnation
The Bannen Way
Know Your Meme
The Totally Rad Show