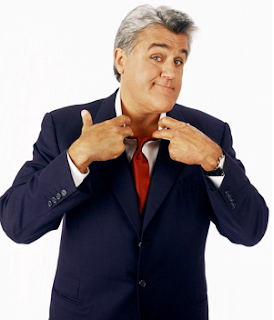 The New York Times is reporting NBC will announce on Tuesday that Jay Leno will be given the 10pm timeslot for a new show. This was announced after comments by Jeff Zucker at a UBS conference indicated the network was considering cutting prime time programming by several hours a week.

This move will prevent Leno from leaving the peacock network for a competitor (ABC was a contender), and provide a standard pre-affiliate news lead in. This should make the O&O stations happy. Stripping a first run talk show in prime time's 10pm slot, usually occupied by drama or reality, with a host of Leno's stature, is a first. (http://www.nytimes.com/2008/12/09/business/media/09leno.html?_r=1&hp.)
Posted by TVBlogster at 6:24 PM