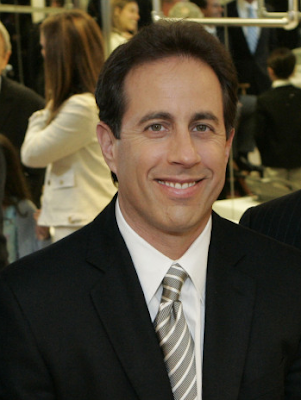 NBC has announced that they have entered into a agreement with Jerry Seinfeld and his production company Columbus 81 to produce a new reality comedy series starring Seinfeld himself. Called The Marriage Ref, it will involve comedians, actors and sport figures who try to resolve relationship disputes with their significant other, leading to hilarious results.

It's nice to see Jerry back; however, it's sad to see yet another reality show being added to prime time. NBC just sealed a deal with motivational guru Tony Robbins; yet, there is scant info on new scripted programming. Low cost production seems to be the way to go, and might explain why the AMPTP gave the WGA problems during the writer's strike that goes beyond new media.

Looks official. If you want good, quality sitcoms other than or addition to The Office, 30 Rock, go to CBS on Monday nights or cable - Jerry's show. Reality or not, it could be groundbreaking.