They'll be a hot time at the old DVR tonight. Many noteworthy programs are airing. Of course there is Lost on ABC at 9pm EST. I've never watched it, and my disinterest has rendered it too late to start now. But Wednesdays are a little brighter thanks to other shows that may not have the same buzz as those sweaty, desperate looking people on that weird universe. Dharma Inititative...whatever. I'm a girl that rolls in the direction of retro-TV, music and some laughs. 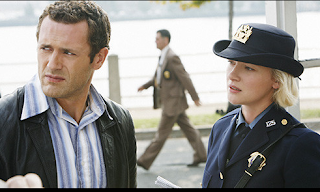 Life on Mars - 10pm ET on ABC. After last week's strange episode where Sam digs up a body in Hastings and Ray's dealings with his shady brother send him on the precipice of wrong doing, it will be interesting to see where they pick up where they left off. I'd like to see Maria, Gene's daughter carry on with Det. Tyler a bit longer. Not sure what this show is trying to be - a SciFi feature, time travel fantasy, 70's cop show or just borrowing from all, but I love this cast and the action. It's my hope that ABC gives it a chance. 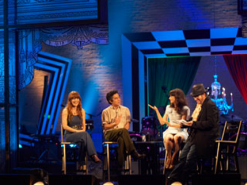 Spectacle: Elvis Costello With...on Sundance Channel at 9pm EST is going to be a fabulous blast. Jenny Lewis, one of my most favorite singer/songwriters today, will be joining Jakob Dylan and the music duo She & Him (made up of Zoey Deschannel and M Ward) for an evening of chat and song. I cannot wait to see this incredible line up of alternative talent sing and chew the fat with the lovable Costello - who has been an amazing host throughout the series. 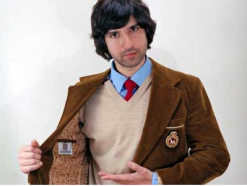 Important Things with Demitri Martin on Comedy Central at 9:00 pm EST will further prove that Martin is a new voice in the world of humor invention. The New York Times calls him adorable. I still think of him as the keytair playing member of The Dirty Doggzz, Flight of the Conchords nemesis band, who climbed over them to find success with the hit song "Doggy Bounce". However, his comedy is sweet, observational, childlike and refreshing.


Good night for television. Then comes Thursday night, when The Office and 30 Rock look to heat up a good hour of laughs. Be still my heart. Too much good stuff to write about in one day.
Posted by TVBlogster at 10:28 AM