Television and the Winter Doldrums

Seasonal Affective Disorder getting you down? Here are two new shows that will brighten your sun starved brain... or not...depending on what floats your boat: 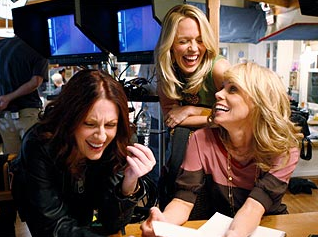 In the Motherhood premieres on ABC Thursday, March 26th at 8pm EST/9pm CST. It's based on the original web series that starred Leah Remini, Jenny McCarthy and Chelsea Handler. The network television incarnation stars Cheryl Hines, Megan Mullally and Jessica St. Claire, reprising the daily hardships and hilarity of motherhood. I'm sure all mothers out there will get a good knee slapping laugh out of this. As much as I love Mullally in anything - I loved the original ladies, and was sorry they didn't sign up for the ABC venture. Newly svelte Horatio Sanz also stars. 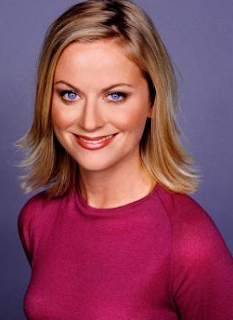 Parks and Recreation, the highly anticipated new series from the makers of The Office, will premiere on Thursday, April 9th at 8:30pm EST/7:30pm CST on NBC. Also starring Rashida Jones and Aziz Ansari it will have the same mockumentary feel as showrunner Greg Daniel's "mother show", but will take place in a government office. Love Amy, and hope the show does well - but I have a soft spot for the old gang over at Dunder Mifflin, and fear that the quality of The Office has suffered a bit since Daniels and Writer/Producer (and Mose) Michael Schur have left the building to tend to Poehler's vehicle. So, there's a little "lets see" about this one.

If there is any consolation, it appears that it's knocking not so great Kath and Kim off the schedule for a while. No word on whether or not it will come back, but NBC has always been committed to that show, so it's probably going to return like that recurring rash you thought you had beaten before the holidays. 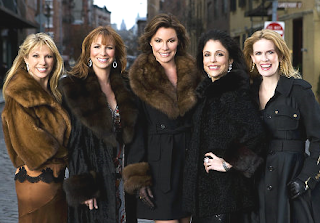 Reality shows continue to infest the airwaves like sharks in the water. The Real Housewives of New York came back last night. I had never watched this show before, so imagine my surprise when it all started with a caddy cat fight that is the talk of the internet today. I feel like my brain cells are withering just thinking about it. Who are these women and why are they the real housewives? Don't they know New York is the mecca of socialite domestic queens and anyone worth their Pradas and Trump penthouse would never do such a show? All the Gucci and BMW's and boyfriends who are Counts in a European country can't buy these ladies any class. And that's why people tune in. Interested? It's on Bravo. Check your local listings. 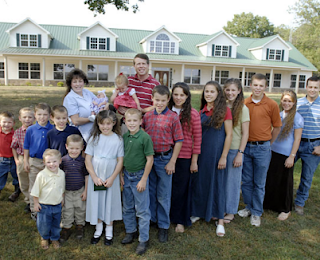 TLC has made The Duggars a household family name. I admit it. I like this family. Yes, they are super religious, and follow Jesus in a cult-like way, but I can't help but enjoy their attitude to life, despite feeling a bit uneasy with their belief that children are like God's flowers. Nevertheless, the crew of seventeen kids and father Jim Bob went to El Salvador to see first hand the poverty that pervades, like missionaries out to provide a helping hand. It was heart wrenching, heart warming, and so much better than seeing the chaos and bitchiness of TLC's other big hit Jon and Kate Plus 8, which I can only stand for thirty seconds before Kate's well coiffed head starts to explode in anger over Jon's tensed skull. No thanks, guys. I'll pass on that family. They are not the cure for the winter blues, but rather a reason to go see a shrink.
Posted by TVBlogster at 12:33 PM

Email ThisBlogThis!Share to TwitterShare to FacebookShare to Pinterest
Labels: Duggars, In the Motherhood, Parks and Recreation, The Real Housewives of New York, TLC

I don't know why I watch The Real Housewives of NYC but I can't seem to turn the channel when this show is on. Judging by the numbers...I don't feel so bad knowing that I'm not the only one watching this show.

I am looking forward to Amy's show although honestly, it does not look like a show I would tune in tune in to watch every week. Hopefully once the show premieres, I can say that I have changed my mind and do want to watch it every week.