The 61st Annual Emmy Nominations: Some Awesome Surprises...Some Not... 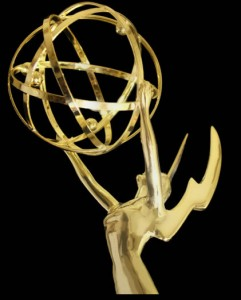 The 2009 Emmy Awards were announced today, and there are some massive surprises and kudos to go all around. Yes, the nominees tend to be a bit dumb (Entourage? Shaloub? Again?), but sometimes it hits the mark. Some well deserved newbies are going to be up for the big prize this year, especially in the comedy category. Flight of the Conchords is finally getting some love by being nominated alongside perennial Best Comedy Show favorites such as 30 Rock, The Office, Weeds, Entourage, with Jemaine Clement getting a nom for Best Actor in a Comedy Series. Jack McBrayer, the lovably hilarious Kenneth Parcel of 30 Rock joins Tracy Morgan in the Best Supporting Actor Comedy Series category. Some SNL ladies are getting attention with Amy Poehler and Kristin Wiig listed in the Best Supporting Actress in a Comedy Series category. And Sarah Silverman getting the Best Actress in a Comedy award? Yes! She's tremendously hilarious, and her show is outrageously fun. She might have a tough time alongside the formidable Tina Fey, listed in the same group, but I'm pulling for that Silverman chick.

In the world of television Drama, it's a pleasure to see Elisabeth Moss get nominated for Best Actress in a Drama for her portrayal of Peggy in Mad Men. She's a scene stealer, sublime in content, heart breaking as a whole, yet uplifting in her strength. Mad Men also received a nomination for Best Drama.

Another well deserved nomination is Aaron Paul, whose remarkable work on Breaking Bad demanded he be a shoe in for not just a nomination for Best Supporting Actor in a Drama, but the full blown winner in the category. He's up against some veterans like William Hurt and William Shattner, so hopefully voters will recognize Paul's subtle and emotionally charged performance.

Jessica Lange and Drew Barrymore were also nominated for Best Actress in a Miniseries or Movie for Grey Gardens. They were stunning as Big and Little Edie Beale.

Wow. 30 Rock hit a record with 22 nominations. I love the show, but isn't this Tina Fey and 30 Rock worship a bit too much?

The 61st Annual Emmy Awards will be held at the Nokia Theater in Los Angeles on Sunday, September 20th. It will air on CBS with host Neil Patrick Harris.

Source: LA Times
Posted by TVBlogster at 6:25 AM

Email ThisBlogThis!Share to TwitterShare to FacebookShare to Pinterest
Labels: The Emmy Awards