Night of Too Many Stars: An Overbooked Event for Austism Education 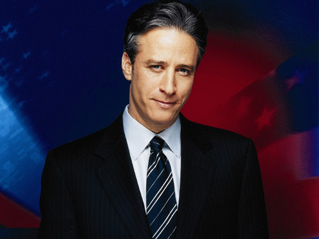 Last night, New York's Beacon Theatre was filled to the gills with so many famous funny people raising money for Autism education that it's amazing the whole country didn't hear the walls shake from the rumble of laughter. Hosted by Jon Stewart, a Night of Too Many Stars was chock full of comedy, with the likes of Sarah Silverman, Stephen Colbert, Chris Rock, Joel McHale, Steve Carell, Ricky Gervais and Tiny Fey (to name only the tip of the iceberg) helping to raise money for families and individuals touched by Autism in need of assistance and educational outlets. For those lucky to nab tickets for the sold out show, many a sides were sore today, but it's all for a good cause.

Special shout out to Upright Citizens Brigade folk Anthony King, Andrew Secunda and Craig Rowan for being part of the writing team.

Night of Too Many Stars An Overbooked Even for Austism Education will air on Comedy Central October 21st at 9pm ET/8pm CT.

For a look into the show, go over to Comedy Central's site.
Posted by TVBlogster at 6:52 PM