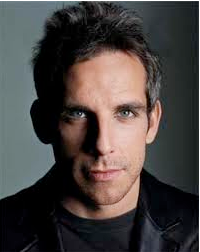 Thanks to the Twitterverse, I just caught this feed in the middle of wrapping up the work day: Paramount Digital Entertainment announced today that Ben Stiller's Red Hour Films has signed on to do two digital shorts for the four year old venture. One web series will be an animated version of the 2001 movie Zoolander, where Stiller will reprise the character of the fashion model, and the other will be Billy Glimmer: Entertainer of the Century, starring himself and Human Giant's Rob Huebel.

Nobody provides this source better than Dave Itzoff, who interviewed Stiller on this new venture over at NYTimes.com.
Posted by TVBlogster at 7:06 PM