Stage Shows & Podcasts That Should Be TV Shows

I don't profess to be a professional making creative decisions for television; however, after years of following live performances in New York and Los Angeles, I've seen some smart live shows, and have heard unique podcasts that could easily be developed for television.

So I got to thinking about the shows I listen to and attend on a weekly or monthly basis that would make fun television shows. 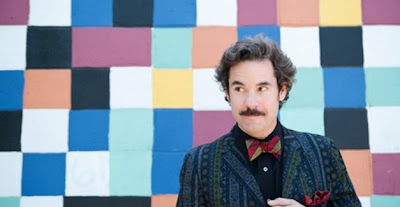 
Paul's monthly show at Largo celebrated it's 10th anniversary in April. I hesitate to suggest that this special, intimate night of music, jokes, and sketch should be shared with a television audience. More people will bare witness to what only a few hundred get to see at the historic Coronet theater each month. However, Paul's ability to put on a live variety show with such grace and intelligence, bringing on some friends who happen to be major stars themselves to join in the fun (John C. Reilly, Fiona Apple, Pagett Brewster, Gillian Jacobs, Busy Phillips to name a handful) is a revelation. It has the sepia feel of vaudeville with a hint of Jack Paar in the honesty of his monologues and the Letterman quirkiness of his sketches. If you've seen his stand up on Comedy Central, you'll get an idea. Add in musical director Eben Schletter, and the show is pure magic. Paul's podcast 'The Pod F. Tomkast" is the cyber version of the stage show, and can be found on iTunes.

A rare video taste of the PFTompkins Show above.

Another Tompkins project that would make perhaps a great TV special is  Dead Authors, a monthly show at the Upright Citizens Brigade that benefits 826LA, a non-profit tutoring center for kids 6 to 18 that encourages creative writing. The premise: Paul portrays H. G. Wells and time travels backwards to talk to  dead legends of literary history. Past performers have been Andy Daly as Edgar Allen Poe, James Adomian as Hunter F. Thompson and Scott Aukerman as Bram Stoker. It's all improvised and all for a great cause. Since kids are usually in the audience, Paul makes sure comedians tone down the naughtiness, so it's fun for all. It would amazing to see this as a PBS feature or something on Comedy Central where the power of telly would help raise money. The show is also recorded for podcast, and can be found on iTunes. Click through here.

This is a weird and wonderful podcast. Stars Matt Gourley, Mark McConville, Jeff Crocker and Jeremy Carter as doctors ready to explore the human mind. Each show unfolds with a variety of case studies (or sketches). The guests participate in bizarre vignettes as subjects with personality disorders that are so odd, you have to listen to believe it. Superego has also taken to the stage with live performances in Los Angeles. Guests have been Drew Carey, Jason Sudeikis and Patton Oswalt to name only a few. I'd love to see this on Adult Swim in a 15 minute per episode series, maybe alongside The Eric Andre Show. But that may be absurd overload. Their podcast is available on iTunes. Click here.  The website is http://www.gosuperego.com/ 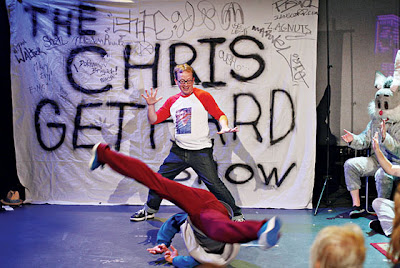 This show started on the stage of the Upright Citizens Brigade in New York in 2009. It's has evolved into a public access show, taped live in the MNN studios in New York City. It's like Romper Room for hipsters, a Chuck E Cheez for overgrown kids. There are live calls ins, celebrity drops ins, a list of competitive games, and mayhem. A few years back, Chris started a Twitter campaign to Diddy to participate in his show. Fans got so vocal, that he actually showed up. The sad thing is - The Chris Gethard Show was pitched to network television, but was way too risky to actually produce. But I see this as another IFC vehicle. If the crazy game show Bunk  airs there, this might fit as a fun companion show.

**********************
So many great ideas out there, from stage to internet. With all the uninspired programming coming up this Fall, perhaps niche loving channels like IFC or Adult Swim can show some love for these comedy alternatives.

Posted by TVBlogster at 3:57 PM