"The More You Know" - Green is "Universal" 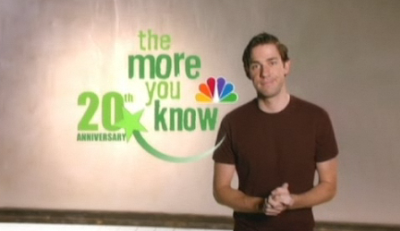 John Krasinski of "The Office"

NBC Universal has been going Green for a while now, kick starting their initiative in 1997. It began with Universal Studios in installing solar panels to power up their sound stages. Then the television network itself launched a Green themed prime time week during the ’07-08 season promoting environmental preservation through episodic sitcom and drama story lines. This year, NBC Universal continues the trend by making three television shows Green behind the scenes. “SNL”, “NBC News with Brian Williams”, and “Lipstick Jungle” (which has not yet been canceled) have all reduced their carbon footprint by reducing paper waste, cutting down on paper scripts and using LED lights. They are also considering the use of soy fed trucks to power on set production. 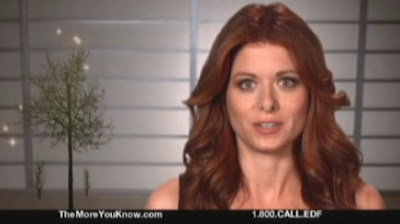 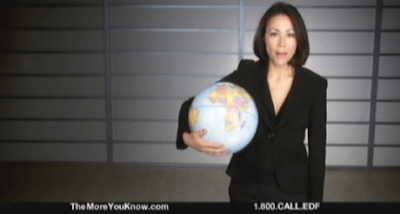 Ann Curry of "The Today Show"

With Green rightly being the prominent feather on the Peacock spectrum, the network has taken the message straight to the viewers by taping a series of exclusive "The More You Know" PSA spots with a lineup of NBC stars. From and Bravo, all NBC Universal program talent came out in force. Look out for the spots on air.

To find your favorite NBC talent promoting the Green cause, and to see behind the scenes footage, go to http://themoreyouknow.com/#top 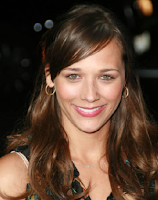 Good news for Rashida fans such as myself! As announced earlier on Officetally.com, the New York Post has confirmed that Rashida Jones will be joining the Greg Daniels produced, untitled Amy Poehler sitcom. She joins Aziz Ansari who was cast earlier. The premise is still under wraps, but it will be a single camera comedy, and the former Ms. Fillipelli will be playing a nurse named Ann.