"The Office: Business Trip" or "How the Parking Lot of Doom has been Redeemed"

I begin by plugging the highlight reel of "Business Trip". For this fan, the Jim and Pam storyline has always been the most heart stopping, heart breaking, anxiety inducing aspect of this show. From seasons one through five, the roller coaster never ended as one sadness melted into happiness that folded into wait and see.

The latest Jim and Pam angst - will Pam come back from art school - finally ended last night. It concluded in the "Parking Lot of Doom" - that horrible spanse of concrete, that sun baked, harsh square of despair that has plagued Jim and Pam since that chilly Casino Night when he confessed his love for her and she turned him down. Since then, the parking lot has been the car park of depression as Pam gazed upon Karen rubbing Jim's back, Jim's gut wrenching news to Pam that he had "sort of started to see someone", and the thwarted proposal that put the Halpert/Beesly engagement on hold through summer, making us wring our hands and eat our hearts out. But no more. The Parking Lot of Doom is now the Parking Lot of Euphoria, as it bore witness to the welcomed return of Pam Beesly after months away in New York.

Much like last week's "Customer Survey", "Business Trip" continued the fine humor and heartache so instrumental in making "The Office" must see television.

After a ridiculously funny cold open, where Michael gives the crew a talk about international business, announcing that he's going to the far off land known as "C'nada", and then using Meredith's face as an example of culture offensiveness in a place such as Abu Dhabi, we're off to the races on a business trip driven by David Wallace, who feels Michael has had it rough with Holly's departure, giving him a treat of Canadian weather...in November.

With Andy and Oscar in tow, they fly off on Butte Airlines to the land up north with DVD's, egg salads and promises of drunken nights and friendly concierges. 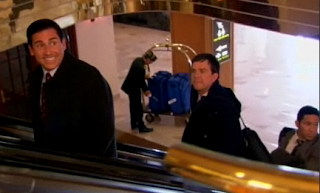 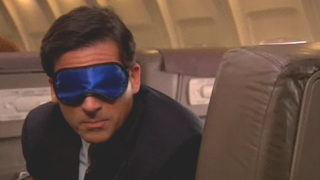 Meanwhile back at Dunder Mifflin, Jim is indeed counting down the days until Pam's return. He has a spring in his step, a whistle on his lips and a smile on his face. In fact, everyone is counting down the days for him. Phyllis gives him motherly knowing looks. Stanley grunts his encouragement. Kevin gives him the old athlete butt slap, and Creed provides creepy shoulder rubs acknowledging the anticipation. Jim is creeped out. So are we. The birds are singing, unicorns and rainbows and bouncing about. We are all happy.

Then Pam calls with bad news. She's failing art school because of stupid Flash and Quark and all those funky artsy software tools she thought she should learn. Another twelve weeks would right everything. But, do they want to do this all again? 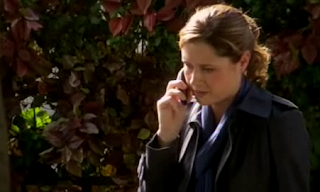 They despair. We despair. For the second week in a row, six million women are on planes to Scranton to hug Jim. He insists that she should consider staying, only to come back to Scranton "the right way", that working on her art is her dream. Poor Pam, sitting there all alone. She needed some major hugs too. She wants to come home. Jim's breath is knocked right out of his lungs. But, it's going to be ok. 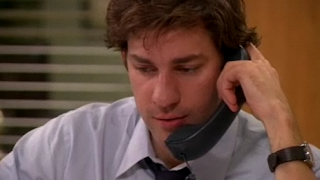 Meanwhile, back in Kelly's nook, Ryan is plying his Howard charms in wooing her back. She holds firm, claiming that she's never getting back with him. The pain. The hurt. Her solid relationship with Darryl. Never. Ever. 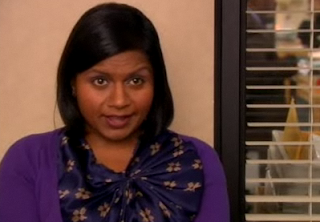 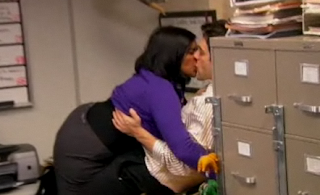 Winnipeg seems to have let Oscar's inhibitions run a bit, since a drunk Oscar is a giddy, funny Oscar who has to ask Andy why the hell he would ever want to be with "that woman", otherwise known as Angela. It's the gooey jelly in the middle of that hard exterior that melts his Cornell heart. Andy drunk dials Angela...

"I want to see you naked" 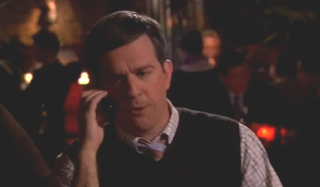 She probably already was. "Who's that monkey?" was whispered in the background. And we know what that means. Angela's getting down and naked with "D".

Michael. Oh Michael. He seems to be himself on the outside, but he's-a-hurtin' on the inside. Trying to find some loving in the chilly November Canada night, he steals away with Concierge lady, perhaps looking for Holly in those dead eyes. 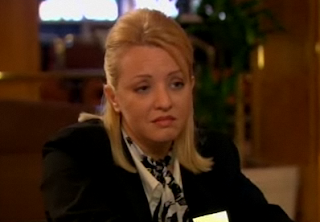 After a little roll in the hay, or perhaps just a little making out, she kicks him out of her room. Poor Michael. Dejected, lonely, bereft, in need of a cuddle, he's left out in the cold like a cat.

Leaving Winnipeg after a successful sales presentation, Michael's emotions come to the surface as we hear his true thoughts to Wallace about this consolation prize of a trip. It sucked. The shuttle was a van. The airline sucked. Why did you send her away? You knew I liked her. Why? 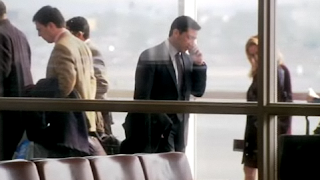 It's moments like these that have solidified my love of this show. Michael's heartbreak made me fall in love with him all over again. He wasn't crazy or childish. He stood up for his feelings, telling Wallace to stuff it. It was a eureka moment.

Here we are. Back at Jim's desk the Monday after the sad Pam call from New York. 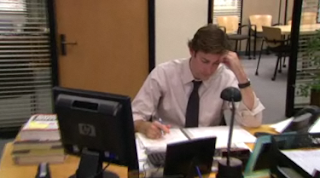 Kevin fist bumps him in support. That's one day down until he sees Pam again...in twelve weeks. The spring in Jim's step is gone. The whistle is silence. The unicorns are not leaping and the rainbows have dimmed.

Hark! The angels sing! He leaves for the day, and enters the parking lot. There's Pam. The Pam who didn't miss him but did. The Pam who didn't come back for him...but did only because she discovered she hated graphic design, and the prolonged time in New York wasn't worth being away from Jim. As is customary with the Schrutes, Dwight welcomes Pam back by offering her paperwork to copy. (If you remember, he said goodbye to her last September by handing her something to fax.) Oh, hello Dwight.

There's no mistaking the look in Jim's eyes. He can't take them off her. Pam's back. 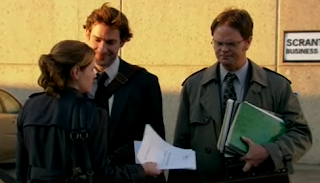 This episode was phenomenal. It's my hope the writers are now on a roll, and will make season five a memorable one. I know there are naysayers out there already questioning why Pam had to fail, and who will nitpick and disagree with how they went with the story arc. This saddens me. The conclusion to this situation was perfection. Pam didn't fail. She pursued and persevered with classes, enjoyed New York when she could, and ran into profound decisions that had to be made.

Pam went for her dream and realized her limitations. She discovered that graphic design wasn't for her. She doesn't need to know Quark and Flash to fulfill her. Her life with Jim is an open canvas.

Oh to see her back at the Reception desk! It's not a step backward. It's a whole new perspective.

Posted by TVBlogster at 5:48 AM