SAG to Vote on Strike, Arrested Development Movie and The Office to Stream Producer's Cut Episode on NBC.com

SAG and the AMPTP could not reach an agreement on Friday. SAG members have been working without a contract since June. Looks like the Guild will be voting on whether or not to strike. Not cool. (Variety)

Arrested Development Movie In the Works 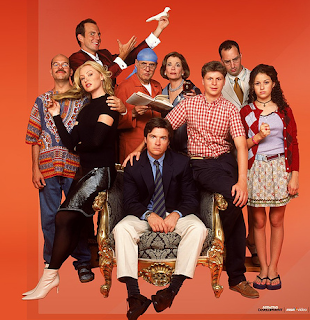 Ron Howard and Mitch Hurwitz are near a deal with bring the beloved canceled television comedy to the big screen. (Hollywood Reporter)

NBC.com To Stream Producer's Cut of "The Office: Frame Toby" 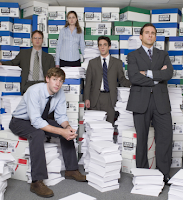 Beginning Tuesday, November 25th, NBC.com will stream last week's episode of "The Office" with never before seen scenes. This is a real treat! (NBC Universal Media Village).
Posted by TVBlogster at 12:31 PM