Of all the deleted scenes of the last few months of "The Office", this is my favorite one of all. From last week's "Customer Survey".

Monday night CBS laughers "The Big Bang Theory", "How I Met Your Mother", "Two and a Half Men" and "Worst Week" have been winning over viewers recently, earning the network season high ratings this week. The sitcoms are up against second place ABC's "Dancing with the Stars", "Samantha Who" and "Boston Legal". Coming in third for the night was NBC with "Chuck", the struggling "Heroes" and "My Own Worst Enemy", as fourth place Fox wafts by with "Terminator" and "Prison Break". Although CBS was the winner, ABC and Fox programming improved their numbers, while NBC's ratings declined for the daypart. More details on Nielsen numbers in James Hibberd's "The Live Feed".

Steve Carell Alert:
Reminder that Steve Carell is on "Leno" tonight. I wonder if he'll spill the beans about what we'll be seeing on "The Office"? Or will Greg Daniels break both his arms if he does?

The episodes going forward have no promo photos, no leakage, no nothing. The crew remains so tight lipped that Jenna Fischer's incredible MySpace blog has been missing her almost-daily updates about what's going on on set. Are they staying quiet so nothing accidentally falls out of the bag? After all, if Jenna mentions she's laughing it up with Ed Helms, or doing a scene with Angela (or if Ed Helms and Angela Kinsey do the same about Jenna), we will know that scenes with Pam in Scranton are taking place, ruining the surprise that maybe Pam could be back? Or not? Damn the angst ridden melancholia of this show. Happy thoughts. 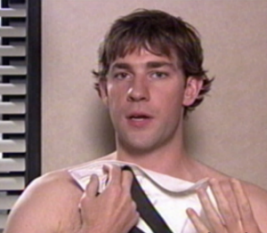 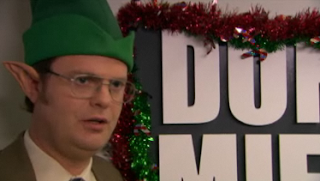 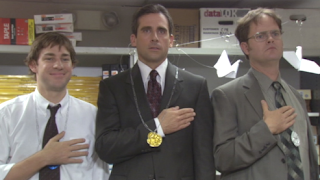 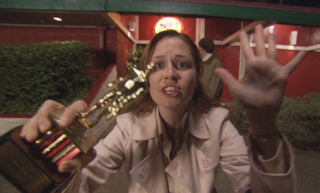 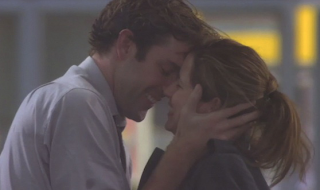 Happy thoughts, indeed! I think shirtless Jim may be my favorite happy thought. :-) Those Office folk have been very stingy with the spoilers lately, haven't they? Maybe that's OK. I've been thinking I should back off the spoilers, but every time I see a new I can't help but look at it. Anyway, I'm having plenty of happy thoughts this Office Eve. Can't wait for tomorrow, and what I'm sure (knock on wood) will be the confirmation of Pam's return to Scranton.