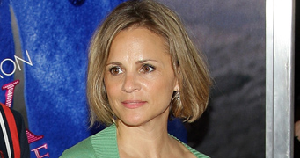 Amy Sedaris just signed a deal with 20th Century Fox TV for a new television comedy show based on her book "I Like You". Co-Producer is David Letterman's production company Worldwide Pants. She will be co-writing the series with longtime collaborator Paul Dinello. No network has been selected yet, but word is, she will be shopping it to cable. Sedaris is one of the funniest, progressive, quirkiest comedians today. This new project is definitely worth waiting for.
Posted by TVBlogster at 1:17 PM