There is nothing sadder in the television universe than seeing a compelling show hang onto the network schedule by its fingernails, dashing the network axe, and running from cancelation. Shows such as "Arrested Development" and "Freaks and Geeks" come to mind. Both were well written, funny shows with a cultivated cult following that didn't spread out to Nielsen ratings. What's a show to do?

"Friday Night Lights" is one of the many well crafted programs on air that has been given second and third chances for life. Now entering its third season on NBC (with it's initial premiere on DirecTV starting October 1st), "Lights" is one of the most emotive, well written, executed dramas currently on air. Focusing on a microcosm of American life, it takes place in fictional Dillion Texas where high school football team the Dillon Panthers is the celebrated life force in this one horse town. Hopes and dreams don't go far beyond the front yard fences of the families and teens stuck in this blue collar forgotten portion of America. The emotional turmoil stirred by family and team obligations of Coach Taylor, played by Kyle Chandler, weaves it's passion among the athletes and their personal struggle. You don't have to love football to love this show. The only problem is NBC's lack of promotion. Other than knowing that it will air on DirecTV (check your listings), it's hard to find when it will begin to air on the network itself terrestrially - if at all. 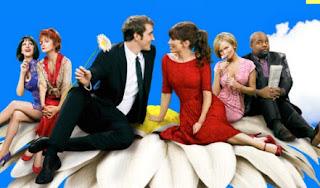 "Pushing Daisies" is a delight: A lovely, surreal bubble of dark, quirky fluff that had so much heart that it's hard to pass this up. Sadly, the writer's strike curtailed the show just when it started to take flight last year, to the point where it even fell off this writer's radar. Ned, owner of the quaint pie shop The Pie Hole, has the power to enliven the dead with just one touch. He's in love with his childhood sweetheart, Charlotte "Chuck" Charles (Anna Friel), murdered on a cruise ship, is brought back to life with just one touch, and the love story unfolds as they try not to touch each other for just one feel, and she'll drop dead again. Kristin Chenoweth and Swoozie Kurtz also star. "Pushing Daisies" airs on Wednesdays on ABC at 8pm ET/9pm CT.

Perhaps "Dirty Sexy Money" is not on everyone's favorite list. It's a night time soap opera with a killer cast: Donald Sutherland, Jill Clayburgh, Steven Baldwin, Peter Krause who elegantly bumble their way through a script filled with silly twists and turns of the billionaire Darling family. The storylines are so contrived you can't help but wonder if this show's intent is to be tongue-in-cheek or a full blown comedy. Why should you watch it? Peter Krause and Donald Sutherland, great talents who might be able to right this ship. The season premiere lacked bite and was a tad boring; yet, it's still worth viewing in case of improvement. It might be hard for ABC to put this one to bed since the cast is hot and it's an anchor to their Wednesday night line up. Airs Wednesday on ABC at 10pm ET/9pm CT.

If anyone is reading this...anyone...please watch the Emmy award winning "30 Rock" on NBC. The show is a tour-de-force in comedy, and the network doesn't promote it like it should. Even Fey had to give the show a verbal advertisement during her Emmy acceptance speech. It's hilarious, well written and acted. You cannot go wrong with Alec Baldwin and Tracy Morgan. It airs on Thursdays starting October 30 at 9:30pm ET/8:30pm CT, with a special online premiere on October 23rd. 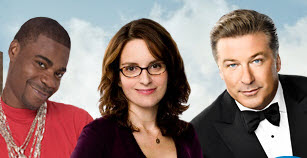 Posted by TVBlogster at 1:00 PM