The SAG Awards Tonight! 30 Rock Favored for Best Ensemble, But Whither Lonnie? 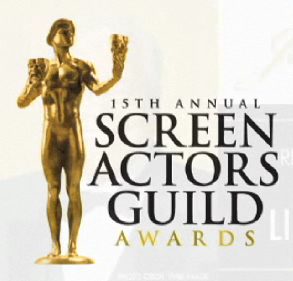 The Screen Actors Awards are on tonight on TBS and TNT starting at 8:00pm ET/7:00pm CT. Red Carpet coverage will be on E! starting 6:00pm ET.

My personal interest is in the two top comedies The Office and 30 Rock. Last year Office won Best Ensemble in a Comedy Series, and judging from the look on Tina Fey's dumbstuck face, it seemed as though her cast was getting ready to get up as the winner was called. I love Tina and her cast. They out funny The Office on any given week; however, Carell and the cast that support him are solid, and prove that the show itself is based on cohesive cast contributions. Each character is part of arc development, integrated exclusively into the pacing of the show. At least that is how SAG saw it last year. This year, the cast of 30 Rock are the darlings of television; however, if they do win tonight, it will not be due to cohesive cast grouping, but for the popularity of Fey and Baldwin, and the hilarious writing, which is another awards show. For instance, the character of Frank wasn't brought into a storyline for the first several episodes. TGS producer Pete Hornberger was also left out for a few.

But one absence is on the minds of many a Rock fan: Where's Josh? Lonnie Ross, who plays the sweet, bumbling Josh has gone missing, not yet shown in a season three episode, although his visage does appear in a bumper slide on a monitor in last week's show. Fans ask about his whereabouts. We miss him. He adds that sweet Jimmy Fallon-esque ingredient to a group that includes the amazing Alec Baldwin, Judah Friendlander, Jane Krakowski and Tracy Morgan. If you drop one of the lovable castmembers for the first half of a season - winning the Best Ensemble award tonight will be puzzling. 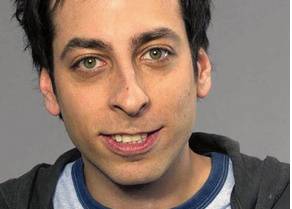 Yet, if 30 Rock does pick up the prize, beating The Office, Desperate Housewives, Weeds, and (ugh!) the very unfunny Entourage, I will still applaud. The show kicks it with laughter every week. It's time has come; yet, in terms of ensemble, it's only fair to keep all your characters featured and woven throughout each or every other episode. Or else it's not an ensemble, but purely a show starring Tina Fey and Alec Baldwin. Two wonderful talent, but not the only characters on the set.
Posted by TVBlogster at 6:44 AM