TCA's Best and Worst in Television 2008 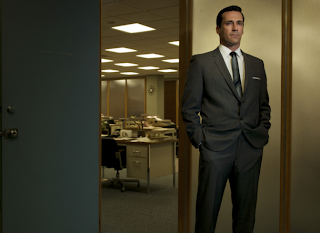 TVWeek provided a list of TCA's "Best and Worst" television series of 2008. The number one best show is Man Men. This is most deserved. With all due respect to The Shield and Dexter, Don Drapper is my man. Various comedies that have previously received notoriety by Hollywood and fans alike made the grade: The Office, 30 Rock, The Daily Show, Californication, Colbert Report, How I Met Your Mother all got the nod for something we already knew: they are quality. 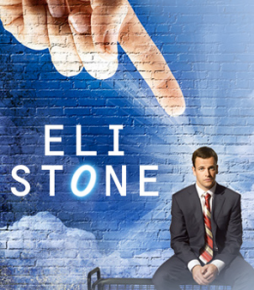 It's a good list. Eli Stone, whose growth was curtailed due to last years writers strike, takes its place amongst the best. It's bittersweet to see the much beloved and recently canceled Pushing Daisies take a Best bow; yet, Worst Series programs such as Kath and Kim, Knight Rider and According to Jim still litter the airwaves. Only a few weeks have gone by since the last showing of an original Daisies episode, and I miss it already - the lovely fresh baked quality, the quirky characters, the colorful, sweet and sour fairytale-ness of it all. Gone. Season three of Friday Night Lights, one of the finest shows that continuously struggles with ratings, is being swept under the rug by NBC, first premiering on DirecTV before an actual network viewing mid-season.

Meanwhile, Kath and Kim are going strong, hanging by a ratings thread with a brand new episode tonight, whereas The Office will be a repeat of the one and only episode I hate with the passion of a million Howie Mandels - "The Surplus". To top this off, we have more reality shows filling out the bargain bin of network prime time viewing, flooding TV airspace with family oriented fun so mind numbing that it's frying the family dog's brain. Superstars of Dance? Really, NBC? Really? Mercifully, they pulled the plug on Rosie Live after show one. Although it was interesting train wreck viewing.

Scripted television feels like it's going out the way of the 8-track tape and Betamax. NBC seems to be the frontrunner in ditching new scripted sitcoms and dramas by giving five hours of prime time a week to Jay Leno. 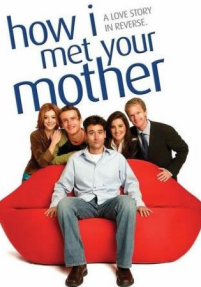 NBC should take a lesson from CBS, the only network that has not lost money in this time of economic hardship. Their Monday night line up of original three- camera sitcoms, The Big Bang Theory, How I Met Your Mother, Two and a Half Men (which didn't make the "Best" list and is fun, but not great) and the one camera Worst Week (the weakest in the lineup) rank number one most weeks. (This past Monday was the exception due to college football and repeats of CBS' lineup).

Speaking of top favorite shows of 2008, The Futon Critic is doing their top fifty favorite episodes of the old year this week. (www.thefutoncritic.com).

Perhaps I'm being snobbish about the much maligned Kath and Kim, and the parade of reality shows that roam the television lineups. After all, there are audiences for such shows, with some viewers admitting that they are falling for Molly Shannon and Selma Blair's antics or Howie's famous deals. It's just a shame that shows deemed for their excellence are being held aside or canceled, and talented writers and actors are losing ground for flashy, non-narrative programming.
Posted by TVBlogster at 8:49 AM