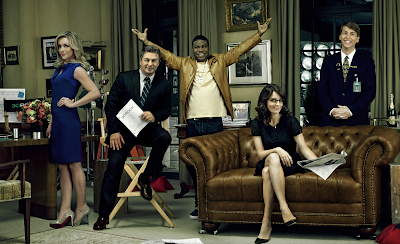 If you're like me and enjoy NBC's Thursday night block of comedy, then this is a night to really savor. NBC doesn't always win points in my book for scheduling (or anything for that matter), but tonight is the exception. It's a full line up of decent comedy and the introduction of a new show. 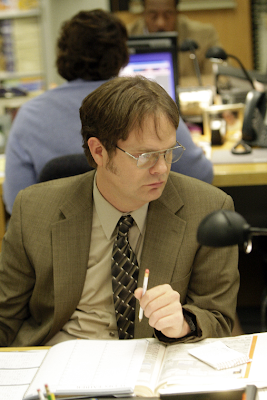 First off, The Office will start at 8pm ET with episode titled "Dream Team". Jim finds himself in a parking lot soccer face off with new boss Charles, who is so scary to Halpert, I anticipate scenes of Jim looking awkwardly into the camera with fear glowing from his eyes. Michael is scared to face his first day as an entrepreneur as Pam tries to get him dressed and ready for his new venture - but not without re-introducing herself to a view of Michael's "dangling participle" apparently. 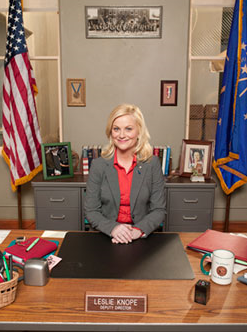 It will be followed by the premiere of the long awaited Parks and Recreation at 8:30ET. Leslie Knope (Amy Poehler) takes on city government by leading the quest to turn an empty construction sight pit into a park. Can't wait to see this show for myself!

And as if one new episode wasn't enough - we get a bonus extra! The Office returns at 9:00pm et with "Michael Scott Paper Company". Michael prepares a pancake and paper luncheon; Dwight and Andy, unlikely bro-mates, plan a hunting trip. Jim, so bewildered and frightened to process information and ask for clarity, is requested a "rundown" by the frightening Charles, and spends the entire episode trying to figure out what that means. Grow a pair, Jim.

30 Rock ties up this lovely lineup at 9:30pm et tonight with "Cut Backs". TGS is celebrating it's 50th episode, but the threat of cutbacks is harshing everyone's good vibes. Liz tries to save her crew, Kenneth takes on more responsibility which makes Jenna and Tracy suspicious. Could he be keeping a secret?
Posted by TVBlogster at 7:34 AM

Email ThisBlogThis!Share to TwitterShare to FacebookShare to Pinterest
Labels: 30 Rock, Parks and Recreation, The Office