Can We Keep a Good Show from Dieing? 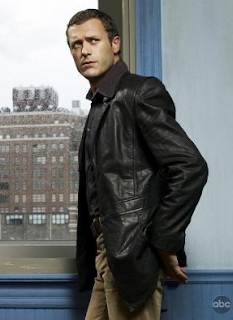 Back on March 16th, the New York Daily News had article about why Life on Mars couldn't survive on network television. It appears that no matter how critically acclaimed it may be, or how many millions of people watch the show, the demographics weren't enough. Mars appeals to 40 somethings, and despite the fact the standard demo target for prime time is 18-49 year old males, the show still doesn't satisfy advertiser's need to appeal to the youngest in the age group. It also appears viewers aren't drawn to a show if the title doesn't make sense. Life on Mars is an innocuous title. It's not easy like Chuck, or Big BANG Theory..or even The Office. After all, wouldn't a show with a subtextual David Bowie lyrical title be about the planet Mars? Do American audiences think beyond American Idol and shows about two men and a kid called Two and a Half Men? There. Simple. I don't have to wrap my brain around that title. I know immediately what it's about.

Please. We are be better than this. There is an audience that wants to think while enjoying a show such as Mars or Breaking Bad or The Office - shows that provide escapism, fantasy, with a slap of reality. Why? Because watching people struggle with their own short comings, their own failures and their own challenges, whether funny or light hearted, allows us to connect to humanity. It gives us a cushion to fall back on emotionally, where we can relate to characters who are existing in a world that tests their meddle, morals and ethics. Just like us! Give me good writing and the perfect cast, and you have magic. Breaking Bad is magic. Mad Men is magic . The Office is magic. Flight of the Conchords was magic. Life on Mars was magic.

I wonder why producers aren't shopping Mars to cable? HBO may not bring on new programming from other networks, but what about TNT or AMC? How about STARZ, a premium channel that is joining the ranks of specialty cable entities starting their own line up of original programming, trying to get on the creative map with comedies like Party Down, Head Case and dramas such as Crash? Perhaps the ratings aren't there, but these shows, if good enough, will survive as fans flock back to the show they loved and lost on the big network. With the right PR campaign, perhaps it will pick up more viewers who are off the demo charts? Why not allow the show to cultivate a cult following?

It's a shame a unique television show, successfully adapted from an UK series (although some die hards would beg to differ) such as Mars has to fold without getting another chance. Two more episodes to go, and then Sam's story ends. No Ashes to Ashes type of sequel, nothing. Instead we are fed more boring, seen-it-before television such as Castle, which sounds like a remake of the 80's detectives-in-love series Moonlighting. Hopefully, the return of the delightful Samantha Who will deaden the mediocrity for the ABC network and brighten the network landscape this spring, letting in some fresh air.
Posted by TVBlogster at 7:10 AM