Life On Mars: All The Young Dudes 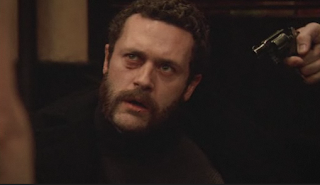 "Do you believe in heaven and hell?" asked Detective Crhis Skelton. "What do you think hell is like?" he continued, much to the annoyance of the stubborn Detective Ray Carling. This ongoing discussion between the two cops appears ominous in hindsight. The final scene of last night's Life on Mars came out of nowhere. Ray and Chris possibly slain at the hands of the evil Jimmy McManus, who slithered his way out of a shakedown at his bar. Are they at death's door, waiting to find out what heaven or hell is like? Or is this another surreal twist in the odd dimension of Sam Tyler's time traveling world?

Sam went undercover to crack a case as an Irish drifter, looking for work on the ship docks through mob boss Jimmy McManus, a man of Gaelic origins himself. While trying to crack the case with fists, thick Irish accents and bruised eyes, Sam met up with his past again. His former babysitter Colleen , once a major crush, and sister to Jimmy, seduces him, only to betray him. His mother returns, distraught about how her little boy Sam has been withdrawn and punchy with other kids since his father disappeared. She pleads with the Detective to talk to him, a frightening prospect for Sam. It would mean he'd have to face his younger self. He initially declines. Sam's avoided this. Whenever his childhood self comes into the picture at any time during this series, Sam cannot look at him. At least, not until last night. By speaking to himself and comforting his worries, it may have unlocked a layer of self observation that could get our hero back home.

This was a riveting episode, filled with suspense, twists and turns that could stop a heartbeat on a dime. Jason O'Mara's real wife, actress Paige Turco portrayed Colleen with the right combination of playful yet sinister intensity. Peter Greene was scary as the creepy McManus. O'Mara, an actual Irishman who supressed his brogue for a New York accent while portraying Sam, did a nice turn in switching on his Emerald Isles lilt, even exaggerating it to show that Sam is not a perfect linguistic impressionist.

The episode is building the tension for the April 1st series finale. Will Sam get home? We'll find out in two more weeks. 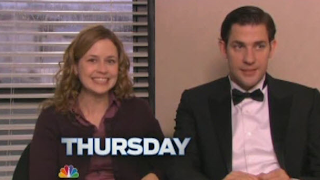 The Office "New Boss" is on tonight. Guest starring Idris Elba. Corporate gets a new boss, Michael gets a new nemesis, Jim gets a tux and Pam smiles maniacally. (NBC 9:00pm EST) 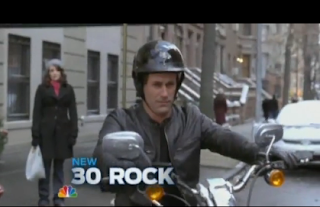 ...and on 30 Rock, Jon Hamm, I mean, Dr. Baird, gets on a motorcycle and plays tennis. (NBC 9:31pm EST). I'd tell you more if I only had the strength to click on nbc.com, which never gives you the synopsis of 30 Rock's episode of the week until AFTER it airs. Meanwhile NBC Media Village is hard to navigate. Hey, so I'm not the most informative TV blogger out there. Watch the show and find out what happens!
Posted by TVBlogster at 11:16 AM

Email ThisBlogThis!Share to TwitterShare to FacebookShare to Pinterest
Labels: 30 Rock, Life on Mars, The Office